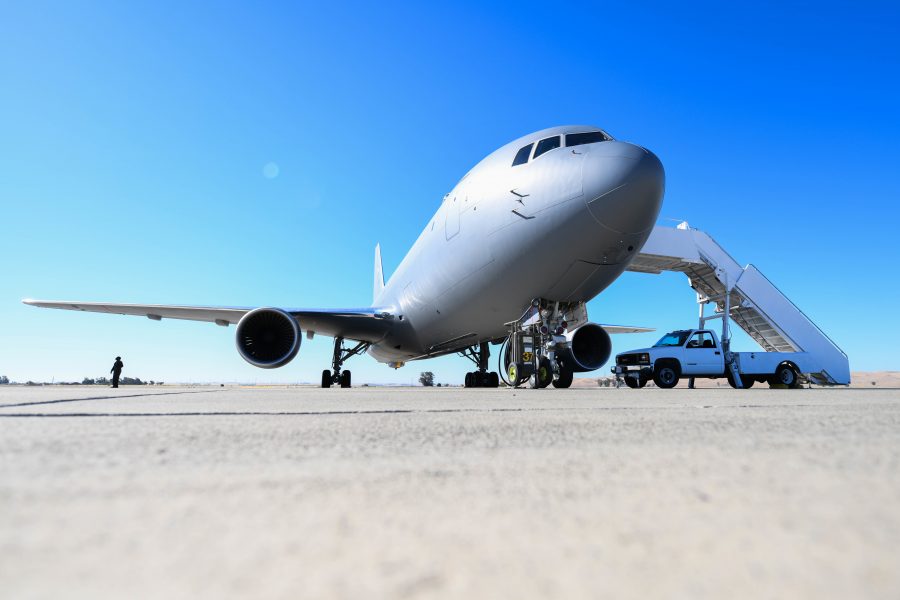 The Air Force’s newest tanker has tested one of its other key missions—aeromedical evacuation.

On July 10, a KC-46 and Airmen from the 931st Air Refueling Squadron and the 22nd Aircraft Maintenance Squadron flew six sorties during a 17-hour mission across four bases to test the aircraft’s ability to carry patients.

The Air Force Operational Test and Evaluation Center evaluated the mission, during which the new tanker took off from Joint Base Andrews, Md., flew five patients and two attendees to Naval Station Norfolk, Va., and then went on to Patrick Air Force Base, Fla., before ending at Travis Air Force Base, Calif., according to an Air Mobility Command release. The Airmen flying the mission are based at McConnell Air Force Base, Kan.

The test focused on the aircraft’s ability to power and sustain medical care for an extended period of time. Problems with the aircraft, such as a category one deficiency with its cargo locks used to carry passengers and equipment, had to be resolved to enable the test.

“Some of the things we were looking for was whether or not the aircraft could sustain patient care over a 14-hour span,” Master Sgt. Heath Hampton, Detachment 3 Initial Operational Test and Evaluations section chief for the KC-46 program, said in the release. “That was proven today. It was a proof of concept that the KC-46 could be used as a viable aeromedical evacuation platform.”

The crew on the aircraft included two flight nurses and three medical technicians, who are all qualified on the aircraft. The aircraft has increased lighting, electrical power, and storage amenable for the aeromedical evacuation mission. In addition to its primary refueling mission, the KC-46 will fly these AE missions as well as airlift cargo and personnel.

Initial operational test and evaluation began at McConnell last year, though the aircraft will not clear the process until the new Remote Vision System 2.0 is installed and evaluated. This means a full-rate production decision is not expected until 2024.