Skip to content
Newly confirmed Air Force Secretary Frank Kendall arrives at the Pentagon for his first day on the job July 28, 2021. Office of the Secretary of the Air Force Twitter.
Expand Photo 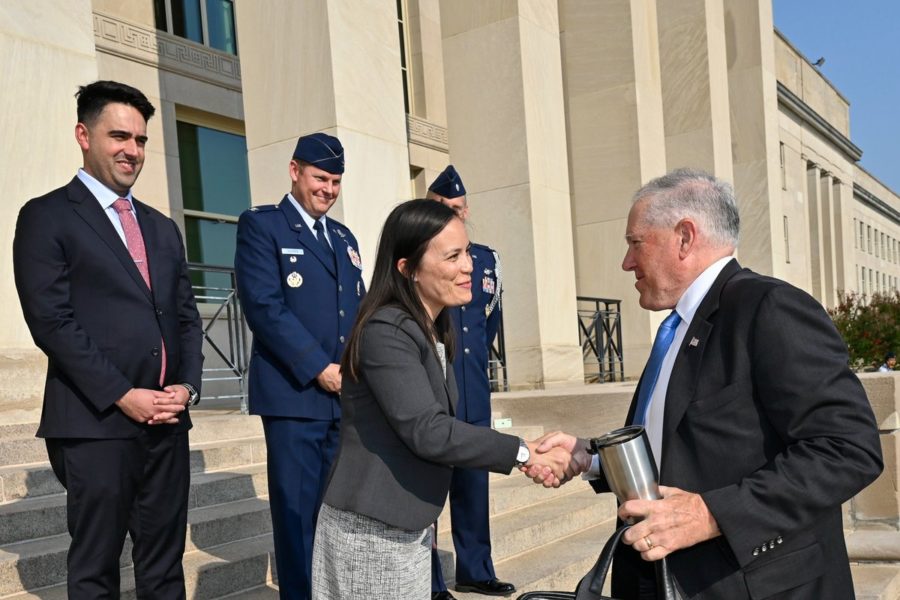 The Department of the Air Force’s new boss is now on the job.

Frank Kendall arrived at the Pentagon and was administratively sworn in as the 26th Air Force Secretary on July 28, giving the department its first permanent civilian leader since January.

On July 27, John P. Roth, who had held the role of acting Air Force Secretary since Jan. 20, stepped down from the position. In a message to Airmen and Guardians, Roth wrote that serving for the past six months has been “the honor of a lifetime.”

“I am in constant awe of your incredible work and professionalism—you have made our team stronger and more capable than ever,” Roth wrote. “The Department of the Air Force proved a global pandemic could not shake our resolve to innovate, defend, and protect. America is grateful for your service, and I am honored to have served by your side.”

Roth will now retire from federal service, according to a Defense Department official. His prior position, Assistant Secretary of the Air Force for financial management and comptroller, remains vacant.

Also on July 27, Gina Ortiz Jones swore in as the new undersecretary of the Air Force, giving the Air Force its first permanent No. 2 civilian leader since May 2020.

“With Undersecretary Jones, and alongside Gen. Brown and Gen. Raymond, I will be totally focused on ensuring that our Air and Space Forces can fulfill their missions to defend the nation against our most challenging threats, today and into the future,” Kendall said in a release. “I will do everything I can to strengthen and support the great teams of American Airmen and Guardians who have dedicated themselves to protecting our country.”