Skip to content
Members of the 123rd Airlift Wing board a C-130 Hercules aircraft at the Kentucky Air National Guard Base in Louisville, Ky., on Jun. 24, 2020, prior to deploying to the Persian Gulf region. The Airmen will spend four months flying troops and cargo across the U.S. Central Command area of responsibility, which includes Iraq, Afghanistan, and northern Africa. Air National Guard photo by Phil Speck.
Expand Photo 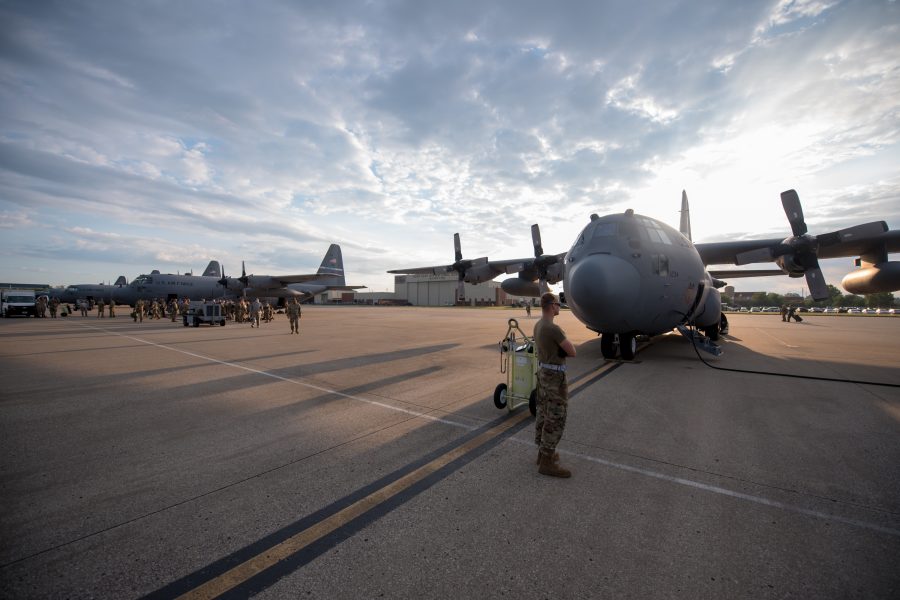 About 70 Airmen and C-130s from the Kentucky Air National Guard’s 123rd Airlift Wing deployed to the Persian Gulf in support of Operation Freedom’s Sentinel on June 24.

The Airmen and aircraft will operate from an undisclosed base in Afghanistan as well as elsewhere in the Middle East and Northern Africa, according to a wing press release.

“The 123rd Airlift Wing has been supporting overseas operations for many years and today we continue that support by sending the very finest of our service members overseas,” wing commander Col. David Mounkes said in the release. “I know they will represent the Kentucky Air Guard and the commonwealth of Kentucky well.”

The deployment will last about four months, and comes as the U.S. has drawn down its presence in Afghanistan in accordance with peace talks with the Taliban, and as operations in Iraq and Syria against the Islamic State group have largely slowed.