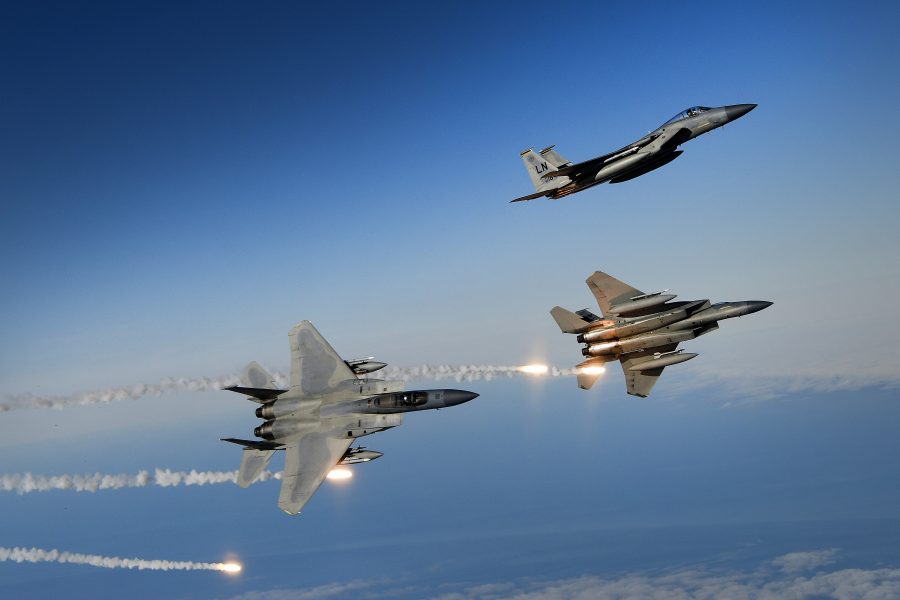 The 493rd Fighter Squadron is the 2020 recipient of the Raytheon Trophy for the service’s top air superiority squadron, the fourth win in a row for the 48th Fighter Wing at RAF Lakenheath, England.

The squadron received the award based on its operations in 2019, which included a short-notice rapid deployment for combat operations in the Middle East and multiple high-profile training exercises.

“They should just call it the Liberty Trophy from here on out,” 48th Fighter Wing Commander Col. William Marshall said in announcing the win. “Great work by the team last year—good to see it recognized.”

In early 2019, the squadron’s F-15Cs had just two weeks notice to deploy to the Middle East for Operation Inherent Resolve, to fill the air superiority role vacated by F-22s that returned home in an effort to increase the Raptor fleet’s readiness.

The deployment was so abrupt the squadron conducted a planned change of command ceremony during a combat mission, as opposed to in a hangar at the home base.