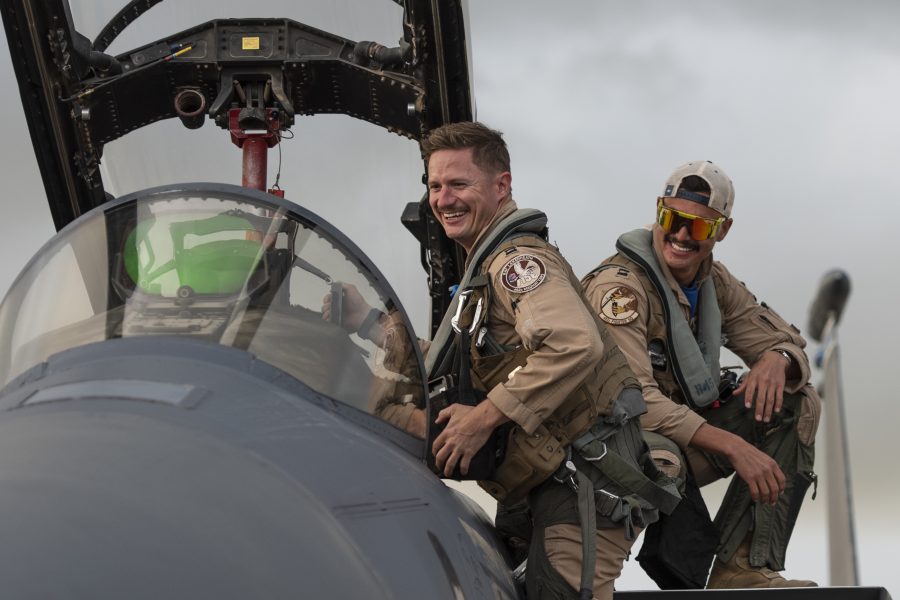 F-15Es and Airmen from RAF Lakenheath, U.K., returned home after a six-month deployment to the Middle East where the “Bolars” flew more than 8,500 hours supporting combat operations in the region.

The 492nd Fighter Squadron, supported by the 492nd Aircraft Maintenance Unit and the 48th Operational Support Squadron, deployed in May and dropped about 350 precision-guided munitions in support of the ongoing Operation Inherent Resolve targeting the Islamic State group in Iraq and Syria, according to a release.

The 48th Fighter Wing did not disclose the specific base or country of the deployment—the first amid the COVID-19 pandemic for Lakenheath. The aircraft and Airmen returned on a rolling basis from Oct. 15-24.

“Deploying and redeploying a fighter, maintenance, and support package in the COVID environment was no easy task, but our Liberty Wing came together and made it happen,” said Col. Jason Camilletti, commander of the 48th Fighter Wing, in the release. “Our deployers demonstrated why the Liberty Wing is the very best at delivering combat air power and we’re happy to get these warriors home.”

Wing and squadron members told Air Force Magazine that to prepare to deploy during the early stages of the pandemic, the unit broke up into two teams, alternating on a one-week-on and one-week-off schedule to spin up.