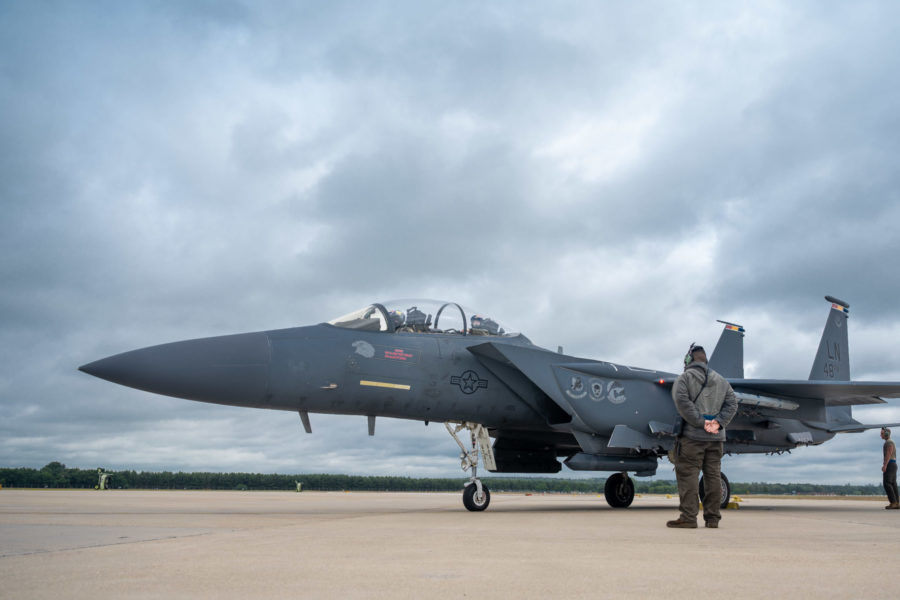 F-15s from the 493rd Fighter Squadron at RAF Lakenheath, United Kingdom, have deployed to Iceland to take up the NATO Air Policing mission there for the second time in less than a year.

The three F-15C/Ds, plus an F-15E from the 493rd’s sister unit, the 494th Fighter Squadron at Lakenheath, arrived at Keflavik Air Base for the mission, which protects NATO’s airspace in the northern Atlantic. U.S. Air Forces in Europe, in a statement, said the tail swap typically occurs because of maintenance issues or similar factors.

While deployed, the Eagles will fly in Icelandic airspace for familiarization and will be certified by NATO’s Combined Air Operations Center to conduct the policing mission.

“NATO Air Policing in Iceland is another great example of how NATO allies and partners address security threats in a true team effort,” USAFE Commander Gen. Jeffrey L. Harrigian said in a release. “Our partners in the High North are essential to ensuring regional security, and we will continue to work together in the name of collective defense.”

The 493rd Fighter Squadron deployed to Keflavik for the air policing mission last fall. For this rotation, the F-15s are replacing F-35s from the Royal Norwegian Air Force that deployed to Iceland in February.

Also on July 6, four Turkish F-16s deployed to Malbork air base in Poland to work with the Polish air force “in securing skies in the region,” NATO said in a release.

“Across Europe, NATO fighter jets are on duty around the clock, ready to scramble in case of suspicious or unannounced flights near the airspace of NATO Allies,” according to the alliance. “This includes air policing missions in which fighter detachments rotate in and out of allied countries to help safeguard their skies. NATO scrambled its air forces across Europe more than 400 times in 2020 to intercept unknown aircraft—mostly from Russia—approaching NATO airspace.”