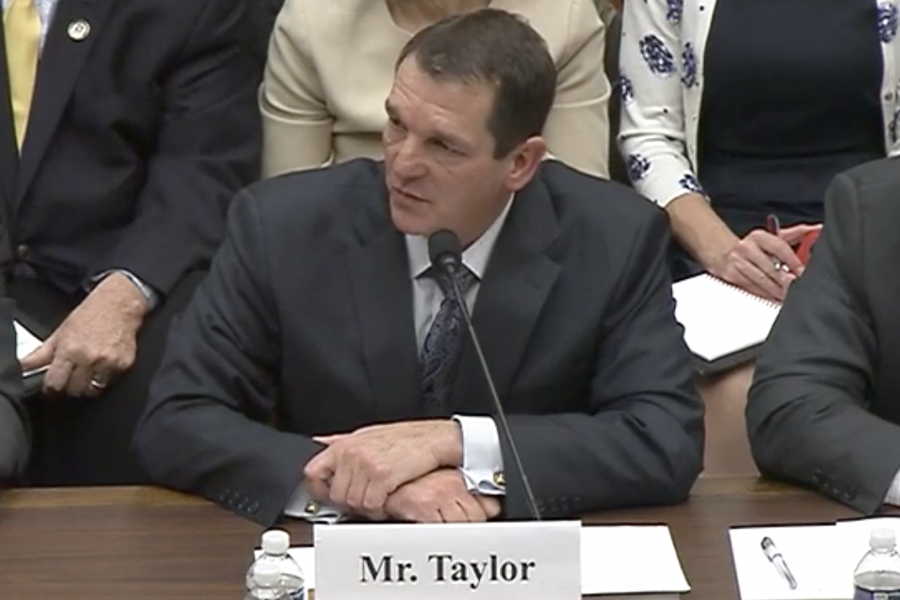 A Balfour Beatty Communities official on Dec. 5 promised to refund performance bonus money the company received from the Air Force if an investigation finds that the landlord’s employees committed fraud.

BBC has fired 17 employees this year for failing to comply with its company code of conduct, as the Air Force housing provider investigates reports that it falsified maintenance documents to earn extra money for its management of USAF homes, Rick Taylor, Balfour Beatty’s president of facility operations, renovations, and construction, told the House Armed Services readiness subcommittee Dec. 5.

Taylor called the allegations “quite shocking.” It is unclear whether the employees were let go as a result of the fraud investigation or for other reasons in 2019. Those included project site managers, he said.

“We are all accountable,” he said. “If we don’t have staff members that are willing to follow those policies and procedures, that’s an obvious weakness in any organization.”

Following a Reuters and CBS News report in June that showed how the contractor earned millions of extra dollars after faking home improvement records at Tinker AFB, Okla., for years, Taylor said Balfour Beatty is cooperating with a Justice Department investigation into the same issues. Similar problems have popped up at Travis AFB, Calif., and Fairchild AFB, Wash., according to Reuters.

Balfour Beatty earns about $4.3 million in performance bonuses each year, according to Rep. Kendra Horn (D-Okla.). Mold, asbestos, vermin, fire hazards, and other construction issues remain at Air Force bases across the country.

“In the event that we are found to have falsified records, then we are absolutely committed to refunding any incentive fees received back to those projects,” Taylor said.

John Henderson, the Air Force’s assistant secretary for installations, environment, and energy, called out the company in a Sept. 30 letter that requires Balfour Beatty to submit an action plan by the end of the year.

“Unless the Air Force sees prompt and substantial improvement in BBC’s performance at all 21 housing privatization project sites, and specifically Tinker Air Force Base, we intend to initiate formal action under the dispute provisions of the project documents for certain BBC projects where serious performance failures have not been resolved or continue to arise,” Henderson wrote.

Taylor said at the hearing that Balfour Beatty has made “significant changes” to the way it does business and manages technical issues, ensuring that top officials have insight into what’s happening. He said he is accountable for the changes the company needs to make.

Balfour Beatty is improving at forming resident groups at each installation so tenants can voice their concerns, and town halls run with the military are happening more often, he added. The company also offers a toll-free phone number to report problems that haven’t been addressed.

“We certainly recognize that we could do better in many locations and so we’ve addressed that through a number of staffing level increases, looking at the policies and procedures that we do have in place, and where we saw that they were deficient, we’re addressing those,” he said. “It’s not as simple as addressing one area … but we’re taking on a number of different areas to improve.”

The Pentagon is preparing to roll out a tri-service “bill of rights” for military housing tenants that offer them greater protections when dealing with their landlords and more avenues to raise issues. Air Force Secretary Barbara Barrett and Army Secretary Ryan McCarthy said Dec. 3 that Congress needs to pass a fiscal 2020 defense policy bill so the effort to help service members in substandard housing can move forward.