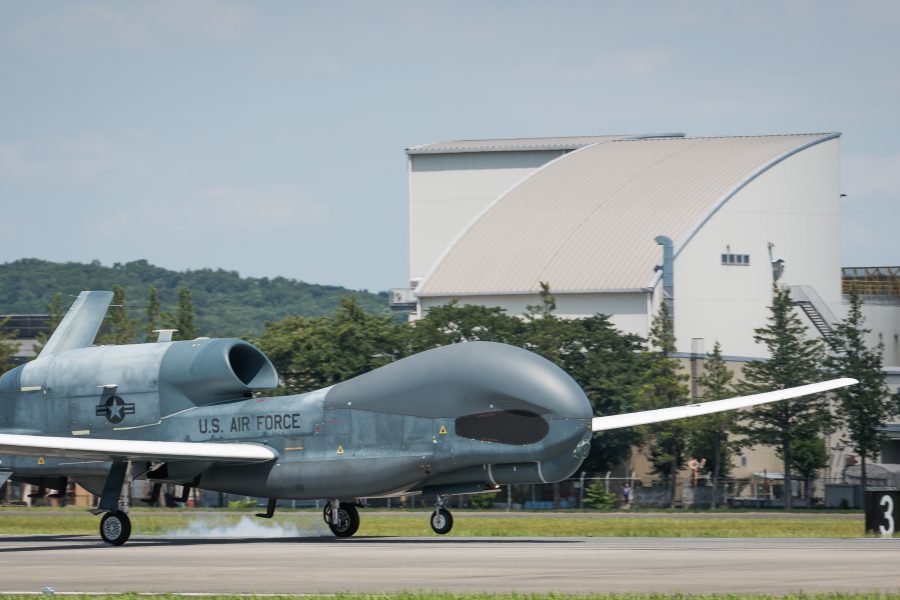 Congress is rekindling its fight with the Air Force over the fate of the RQ-4 Global Hawk fleet for fiscal 2021, as House lawmakers push back on plans to retire some of the high-flying intelligence aircraft that could be vulnerable to enemy fire.

The Air Force wants to cut its Global Hawk fleet from 31 airframes to 10, divesting mostly Block 30 variants and a few Block 20 airframes. It would keep Block 40 drones, the most recent design.

Members of the House Armed Services tactical air and land forces subcommittee want to withhold half of the funding for the Air Force’s future battle management network until certain conditions are met for the RQ-4, according to the panel’s version of the 2021 defense policy bill that was approved June 23. The service asked for $302.3 million to continue work on joint all-domain command and control in fiscal 2021.

To receive full funding for the Advanced Battle Management System, the Air Force Secretary must promise not to retire any RQ-4s during fiscal 2021; the Pentagon’s acquisition chief must certify that it costs less to operate and sustain the technology that replaces the RQ-4 than to keep the Global Hawk itself; and the vice chairman of the Joint Chiefs of Staff USAF Gen. John E. Hyten must certify any replacement would be an improvement over the drone. If a replacement capability would be more expensive, Defense Secretary Mark T. Esper would need to assure Congress that it’s worth the increased cost.

The provision echoes recent legislation that pushed the Pentagon to certify the RQ-4 as an adequate stand-in for the U-2 Dragon Lady plane. The Air Force then backtracked on its plan to retire the U-2 and kept both high-altitude aircraft in the inventory.

Now, lawmakers are criticizing the Air Force’s current plan to retire all Block 30 Global Hawks in favor of Block 40, and to immediately stop production of the MQ-9 Reaper hunter-killer drone.

“While these changes may align with long-term Air Force strategy, the absence of such a strategy incorporating both current and future capabilities concerns the committee,” members said. “The committee expects the directed strategy to address required capabilities and capacities, to identify anticipated gaps in both areas, and to cover both manned and unmanned ISR capabilities.”

Lawmakers want to see a comprehensive ISR strategy that looks at the role of intelligence platform development and funding in current and future operations.

They are also trying to ban the retirement of any RC-135 intelligence aircraft until fiscal 2025, unless the Defense Secretary ensures the Pentagon has a suitable replacement. The RC-135 variants fly niche missions to track ballistic missile launches, sense nuclear radiation, and intercept transmissions in the electromagnetic spectrum, but are often targeted for retirement because of their age and potential vulnerability.