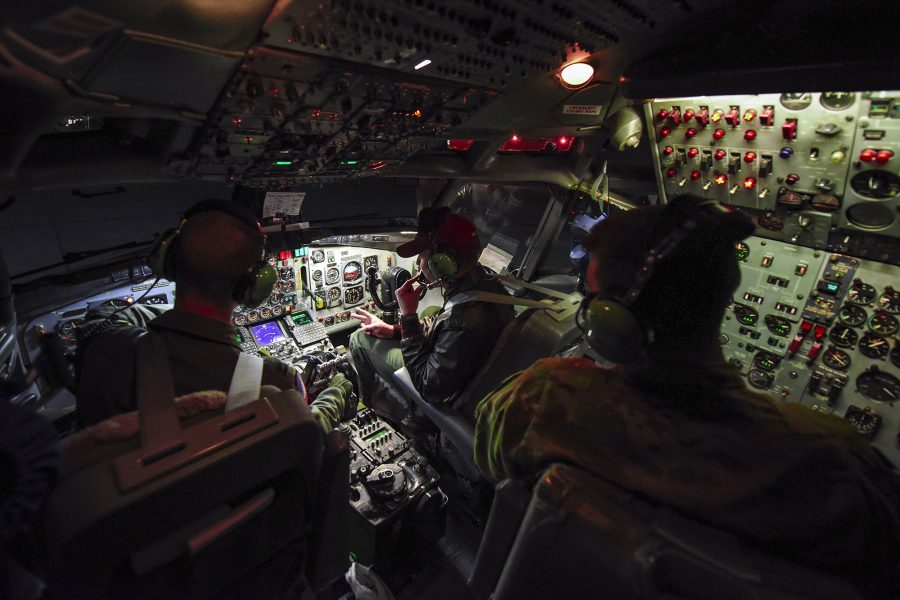 Congressional authorizers on Dec. 9 released language to continue shaping the Air Force’s plan to connect all of its assets in a network that could let the service act faster than before.

The Advanced Battle Management System, which last year came out of the canceled effort to replace the E-8C Joint STARS plane, aims to piece together airborne and ground sensors with space systems to better understand the battlespace and improve communications.

Lawmakers have slowly gotten on board with the concept but still want more information. Past legislation called for quarterly updates, and a provision in the compromise version of the fiscal 2020 defense policy bill built on that request.

Authorizers told the Air Force Secretary to report back on the “activities, programs, and projects related to ABMS, the final analysis of alternatives for ABMS,” details on the system requirements and schedule needed to field the multi-domain command-and-control enterprise.

“The Air Force should consider prototyping and demonstrating the utility of artificial intelligence and automated sensor fusion as part of the ABMS concept.”

The bill also asks for assurance from the Defense Secretary that fifth-generation aircraft like the B-21, F-35, and F-22 can share data from airborne sensors with other users and platforms across the Pentagon.

To fund the project, the Air Force asked for $35.6 million in 2020. House lawmakers offered $20 million, while the Senate suggested $84.6 million, including a $49 million boost to speed up adoption of 5G wireless networking.

Lawmakers settled with taking away a net $2 million, pulling $10 million for an “unjustified request” but adding $8 million to explore sensor fusion and AI.

Sensor fusion would connect data-collection tools to share information in new ways, and the Air Force has touted the potential of AI to sift through that data for humans and pass on what it thinks is most useful. Officials argue that in the digital age, algorithms can lessen the workload on people faced with piles of military and open-source information.

The House approved the conference version of the fiscal 2020 National Defense Authorization Act Dec. 11; the Senate plans to take it up the week of Dec. 16. Congressional appropriators still need to agree on a bipartisan, bicameral spending plan for the current fiscal year, which began Oct. 1.