Skip to content
SSgt. Stephen Zbinovec inspects the inside of the engine of a B-52H Stratofortress at RAF Fairford, England, Oct. 18, 2019. Air Force photo by SrA. Stuart Bright.
Expand Photo 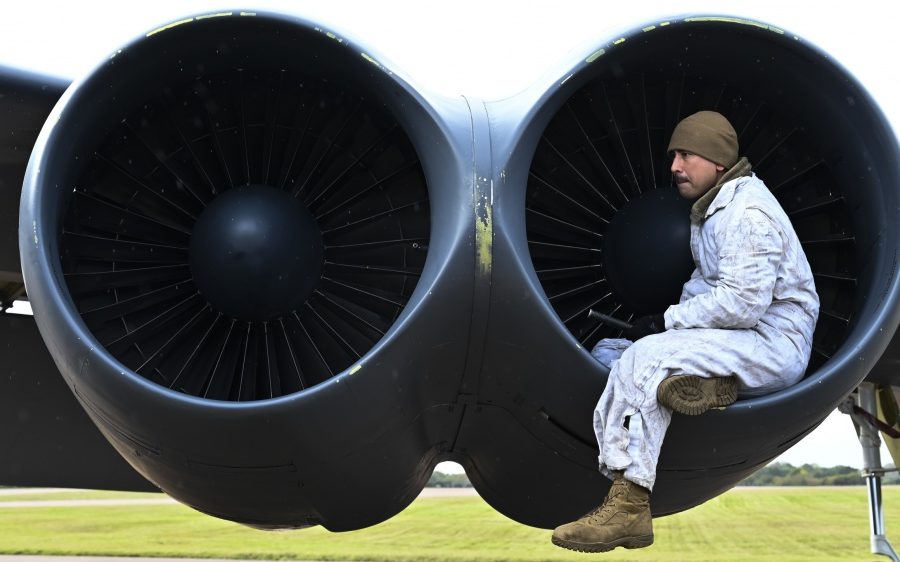 Congressional authorizers want to restrict Air Force funding until the service provides more information on its effort to replace the B-52’s engines.

The joint fiscal 2020 defense policy bill would withhold 25 percent of the Air Force’s total 2020 money until USAF Secretary Barbara Barrett sends Congress a report with a slew of details on the program. Those include: its acquisition strategy, cost and schedule estimates, performance parameters, test and evaluation plan, logistics and fielding strategies, and an assessment of whether the new engines could be certified to fly on a bomber that carries nuclear weapons.

An earlier version in the House suggested limiting funds for the program until the secretary sends lawmakers a capability development plan and a signed master plan for test and evaluation.

The Air Force wants to buy about 600 commercially built engines and scrap Pratt & Whitney’s TF33 model that is now about 60 years old. Pratt & Whitney, GE Aviation, and Rolls-Royce could provide the new machines, eight of which fly on each Stratofortress.

Following several months of delays, the service plans to put out a final request for proposals by the end of March 2020.