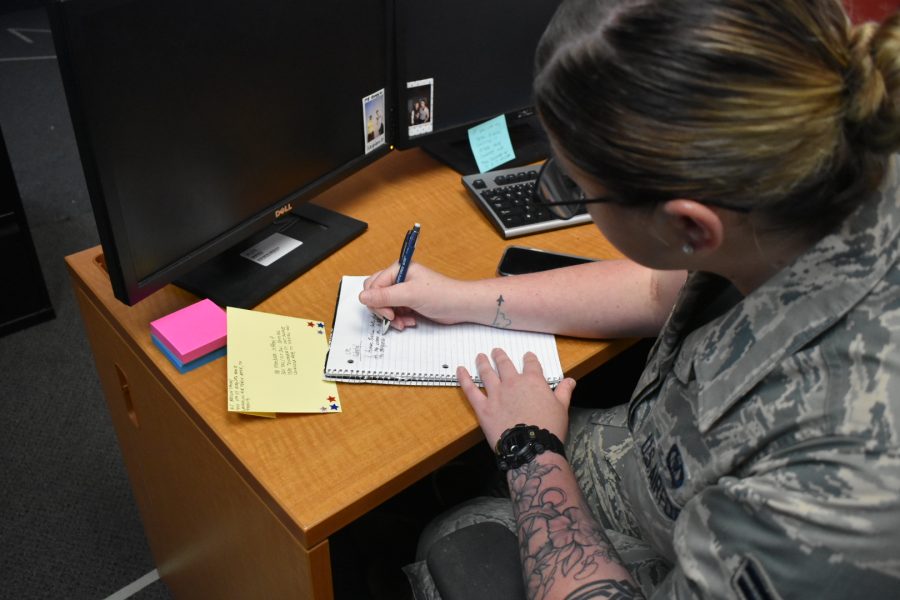 One Airman’s grassroots initiative to lift up Air Force basic trainees during an unprecedented moment in history has grown into a global movement.

Brislin hoped to help these trainees feel less alone at a time when the ongoing COVID-19 pandemic has them going through 14-day Restrictions of Movement, practicing social distancing, and even spending time living in an on-base tent city. Since the effort kicked off last month, more than 50 Airmen in the U.S. and abroad have agreed to pen paper-based pep talks to these potential future Airmen, the release said.

Chief Master Sergeant of the Air Force Kaleth Wright even endorsed the effort on Twitter, creating a #LettersToLackland hashtag.

If you’d like to get in on the letter-writing, but don’t know whom to write to or where to send your note, Lackland’s 37th Training Wing has got you covered.

According to a Wing spokesperson, letters can be sent to the following address:

From there, the wing will ensure that your letter winds up in the hands—and, inevitably, the heart—of a BMT trainee.