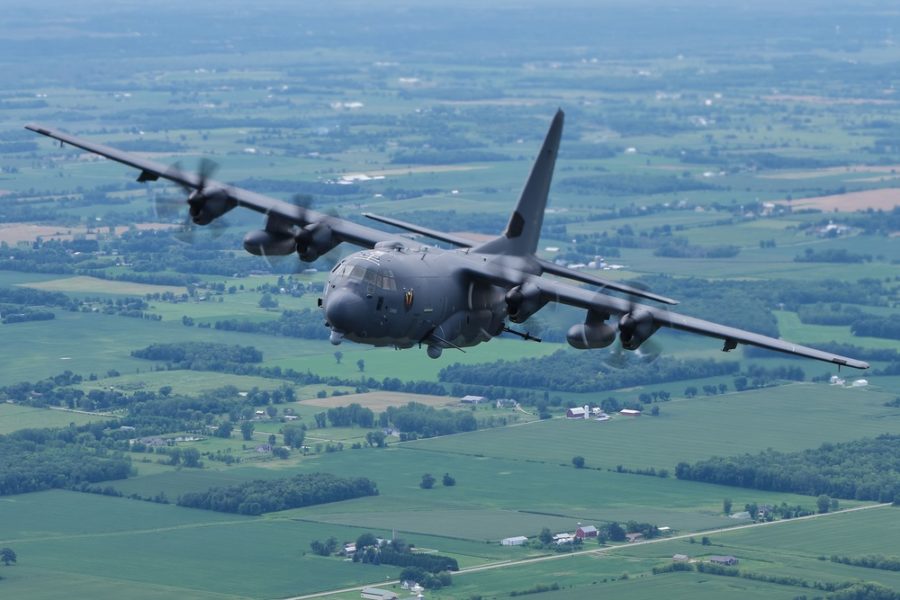 Lockheed Martin has completed factory acceptance testing and delivered a new laser weapon to the Air Force, the defense contractor announced Oct. 6, with the goal of mounting it on the AC-130J gunship.

“Completion of this milestone is a tremendous accomplishment for our customer,” said Rick Cordaro, vice president for Lockheed Martin Advanced Product Solutions, in a press release. “These mission success milestones are a testament of our partnership with the U.S. Air Force in rapidly achieving important advances in laser weapon system development. Our technology is ready for fielding today.”

The Airborne High Energy Laser (AHEL) has been in development at Lockheed Martin since at least 2019, when the company received a contract for integration, testing, and demonstration of such a weapon on the AC-130J aircraft.

Air Force leaders, however, have been talking about the possibility of a laser weapon onboard the AC-130J Ghostrider for much longer than that.

Back in 2015, then-Air Force Special Operations Command boss Lt. Gen. Bradley Heithold issued a challenge—to get a high-powered laser onboard the AC-130J by the end of the decade. That timeline was later pushed back to 2022 by Heithold’s successor, Lt. Gen. Marshall B. “Brad” Webb.

What capabilities the AHEL will bring to the AC-130J remain to be seen. Lockheed Martin claims that its spectrally combined fiber laser weapon systems—of which AHEL is one—are “ready to defend against small rockets, artillery shells and mortars, small unmanned aerial vehicles, small attack boats and lightweight ground vehicles that are approximately a mile away,” according to the company’s website, which also features an image of a hole smoldering in the hood of a pickup.

In response to queries from Air Force Magazine, though, a Lockheed Martin spokesperson said “the specific capabilities of the AHEL laser cannot be discussed at this time” and deferred questions to the Naval Surface Warfare Center’s Dahlgren Division, which gave Lockheed Martin a $12 million, five-year contract award in July 2021 for technical services, integration, testing, and demonstration of the AHEL. The Dahlgren Division subsequently deferred comment to Air Force Special Operations Command.

In 2015, Heithold described the laser weapon as primarily for protection from surface-to-air attacks, as modern threats reduced the windows in which the aircraft could operate.

Webb, however, envisioned it as an offensive capability, too, being used to disable enemies’ communications, transportation, and power supply, according to National Defense Magazine.

In its press release, Lockheed Martin said it has delivered the AHEL for integration with other systems before ground testing and “ultimately flight testing aboard the AC-130J aircraft.” The contractor added that it is on a “rapid schedule” to demonstrate the weapon on the AC-130J.