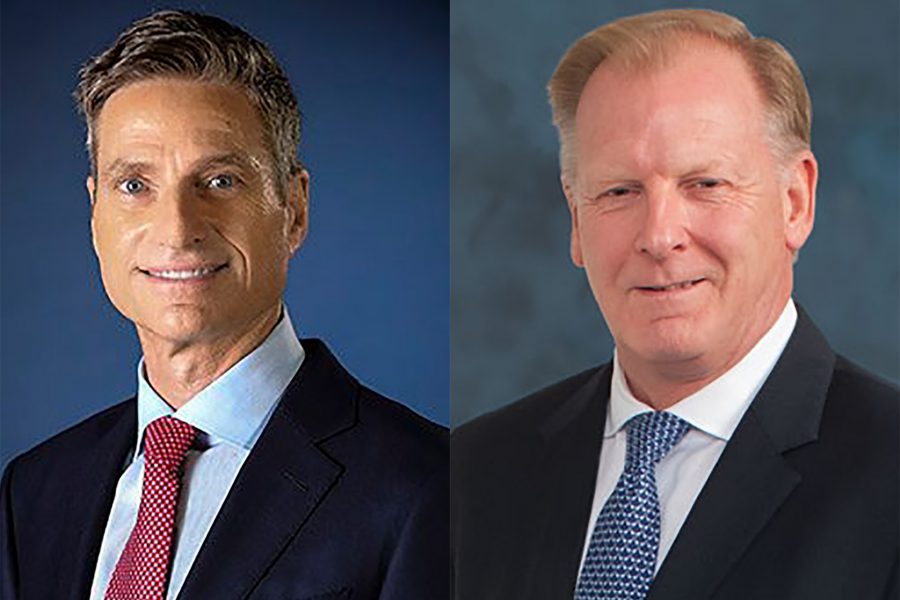 If defense spending goes down in the coming year—expected because of large COVID-19 bailout packages—it could be an opportunity for Lockheed Martin, company President and Chief Executive Officer James D. Taiclet said July 21.

In a second-quarter results call with investors and financial reporters, Taiclet—in his first such call after succeeding Marillyn A. Hewson in the job—said the company isn’t betting on defense budgets to go up or down. But Lockheed is sitting on so much cash—nearly $8 billion—it could go shopping for other companies in distress if budgets fall, he said.

“If there is a downturn, we’re going to look for silver linings that may be there,” Taiclet said. Given the company’s strong backlog and balance sheet, “there could be opportunities for us to act in a period where asset prices are depressed, for things we may want to bring into the company.” Acquisition targets “we really wanted … might be even more available at attractive prices.” He did not discuss large possible acquisition interests, and only broadly mentioned looking at small companies able to build Lockheed’s vertical integration in some technology areas.

Taiclet declined to speculate on whether budgets will rise or fall. “We’re just getting the company ready for either scenario, frankly,” he said. “If it’s stable or slightly rising, … we know how to handle that. But if it’s declining, we’re planning for that, too.”

In case of a downturn, he’s asked business area managers to do “a ‘Red Team’ kind of exercise … We would offer our customers … ‘this is what we think you should do with our products and programs for extending’” the life of existing platforms.

With a $150 billion backlog in hand, though—a new company “high water mark,” Taiclet said—“it’s going to be two to three years” before any defense budget cuts “actually go into the defense industrial base production lines, so we have time to work with the customer … They can have their contingency plan and we’re behind them 100 percent.”

Taiclet said international customers may also see budget declines, but doesn’t expect Lockheed to be hit hard by that. While some requests for proposals are “moving to the right,” the planned in-service dates of prospective customers are not, he noted.

They also said the chief competitors to the U.S. are spending lavishly on defense systems and the threat is not diminishing, despite COVID. China is “aggressive and … aspirational,” Taiclet said, while Russia is “back in the game,” making strategic investments in long-range systems to make up for its diminished ground forces.

Production of the F-35, Lockheed’s marquee aeronautics program, will likely be 40 percent for foreign users in the coming years, Possenriede said. Of the aeronautics division’s $9 billion in orders, $7 billion is accounted for by the F-35, with a backlog of 411 airplanes.

Taiclet noted that Lockhed has hired 9,000 new employees since the COVID-19 pandemic began, and is seeking to hire 3,000 more in this calendar year.