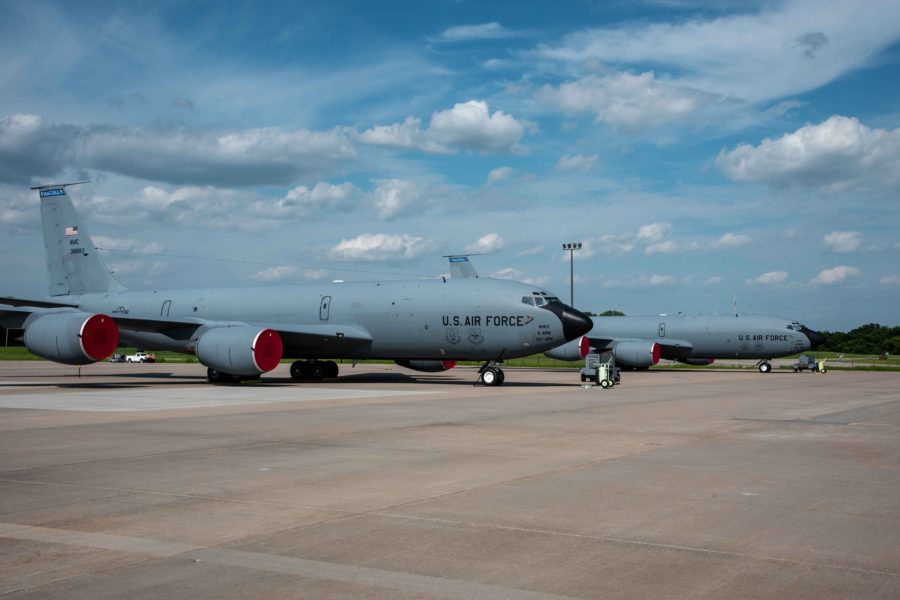 MacDill Air Force Base, Fla., closed its gates to non-mission-essential personnel and sent its KC-135s to Kansas as Tropical Storm Elsa approached Florida.

MacDill moved to Hurricane Condition 2-Non-Evacuation the morning of July 6, expecting wind gusts of 60 mph, more than eight inches of rain, and a storm surge of up to five feet. On July 4, MacDill KC-135s moved to McConnell Air Force Base, Kan., in advance of the storm.

“We’ve got the airfield buttoned up and closed down so that we can focus on taking care of our families and make sure that they are safe,” 6th Air Refueling Wing Commander Col. Benjamin R. Jonsson said in a video statement posted on Facebook.

The National Hurricane Center said the storm would bring hurricane conditions to the west coast of Florida beginning late July 6 into July 7. The storm will move into coastal Georgia, South Carolina, and southeastern Virginia later in the week.

The WC-130Js from the 53rd Weather Reconnaissance Squadron, known as the “Hurricane Hunters,” flew into Elsa as it approached, collecting information on the storm’s characteristics to help predict its path.

Other Air Force and Space Force bases in the region have not announced changes to their hurricane condition levels.

It is the beginning of a hurricane season that is expected to bring several storms following a record-breaking 2020 storm season. The Air Force has said it wants to adjust how it invests in its installations to make them better prepared for storms. The service is rebuilding Tyndall Air Force Base, Fla., into a “base of the future,” capable of withstanding natural disasters, after it suffered massive damage from Category 5 Hurricane Michael in 2018.