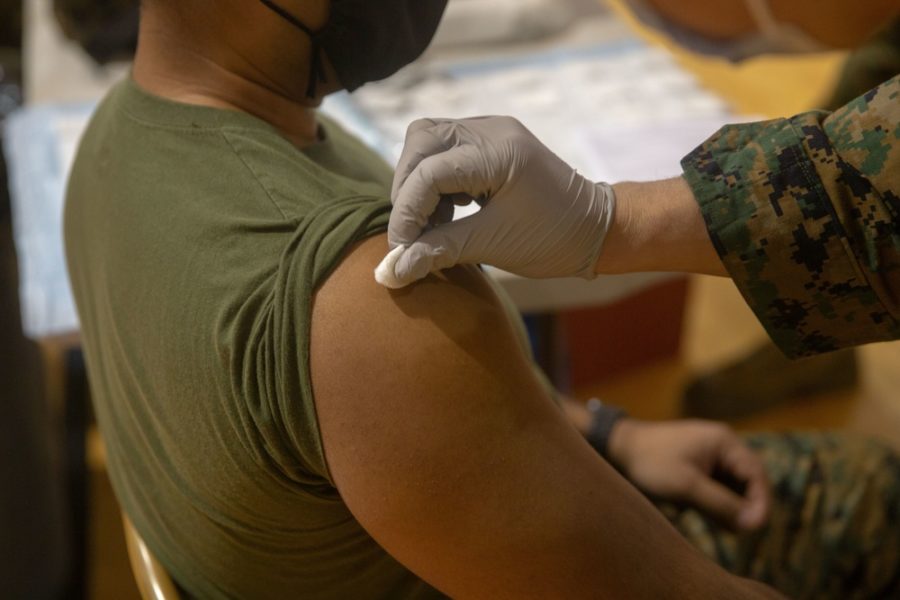 The Pentagon’s plan to make the COVID-19 vaccine mandatory for the U.S. military is set to take effect in the coming days, as the Food and Drug Administration issued full approval for the Pfizer-BioNTech shot Aug. 23.

The Defense Department “is prepared to issue updated guidance, requiring all service members to be vaccinated,” Pentagon spokesman John F. Kirby confirmed in a press briefing. “A timeline for vaccination completion will be provided in the coming days.”

On Aug. 9, Defense Secretary Lloyd J. Austin III announced that he would either make the vaccine mandatory when it received FDA approval or seek a waiver from President Joe Biden on Sept. 15 to require service members to get the shot if it was still under Emergency Use Authorization, whichever came first.

Kirby declined to say how quickly troops will have to get the vaccine, adding that DOD is preparing “actionable guidance” that will include details on timelines and requirements.

Still, that leaves tens of thousands of troops unvaccinated, and officials have at times expressed concern about the level of vaccine hesitancy among the ranks, though Kirby said in early August that DOD had not seen evidence that it was a widespread problem.

Public health officials hope that the FDA’s full approval of a vaccine will help curb concerns about its safety and efficacy.

Two other vaccines remain under Emergency Use Authorization from the FDA, produced by Moderna and Johnson & Johnson. Moderna applied for full approval in June, one month after Pfizer, according to Newsweek, and may receive that approval in the next month or so.

But for now, Kirby said, the Defense Department is focused on the one vaccine that has full approval.

“The focus right now today with this FDA approval is on the Pfizer vaccine and moving forward to implement a mandatory vaccination regimen for Pfizer,” said Kirby. “I don’t want to get ahead of decisions that haven’t been made yet.”

Kirby did not clarify whether that means the department will stop using the Moderna and Johnson & Johnson vaccines altogether until they receive full FDA approval.

On July 23, Pfizer and BioNTech announced that the U.S. had upped its purchase of vaccine doses to 500 million, with the delivery of 110 million of those shots taking place between October 2021 and the end of the year and the remaining 90 million by April 2022.

Demand for the Pfizer vaccine is likely to rise in the coming months—in addition to unvaccinated members of the general public seeking out their first doses following full approval, Pfizer and BioNTech’s shot remains the only vaccine to receive an EUA for children between the ages of 12 and 17.

On top of that, the Biden administration and the Centers for Disease Control and Prevention have said they will seek approval for booster shots of the Pfizer and Moderna vaccines this fall. The CDC is still collecting data on the J&J shot, but expects to release more information in the near future.