Skip to content
"Military Makeover with Montel" host Montel Williams and WWE Superstar Lacey Evans are shown on a past episode of the show. YouTube screenshot.
Expand Photo 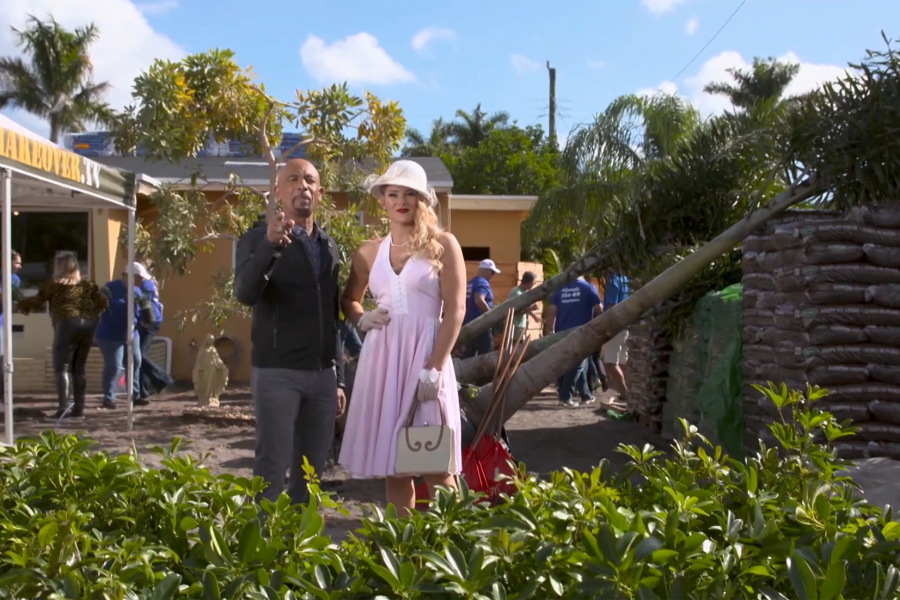 ‘Military Makeover with Montel’ Searching for Next Home-Renovation Winner

“Military Makeover with Montel,” a television series that airs on both the Lifetime channel and the American Forces Network, has partnered with World Wrestling Entertainment to search for a deserving service member or veteran to receive a home renovation and appear on the show in 2021.

Now through May 31, individuals may nominate qualifying troops or vets—including themselves—by visiting the “Tag a Hero” campaign homepage and filling out an application. And since the joint campaign is encouraging people to tag their favorite heroes on Instagram and Facebook along with the hashtag “#TagAHero,” if a service member or veteran discovers they’ve been tagged by someone else, they’re encouraged to fill out an application, too.

“The recipient chosen by WWE and Military Makeover fans will be announced on July 13 on our social media channels, and his or her story will air on Lifetime [in] early 2021,” the page states.

The winning military family will be able to collaborate with designers and vendors involved in the redux and chime in about “the style, look, and feel of their renovated home,” according to the show’s website.

According to the campaign’s requirement’s page, in order to be eligible to win, a nominee must:

“That would not thwart us from selecting a veteran,” he said in a recent interview.

The show’s renovations are intended as “a hand up” rather than “a handout” for military and veteran families, he said.

Sometimes, he explained, this means re-engineering wounded warriors’ homes to be “adapted for their needs.” In other cases, he said, it means giving veteran families who run into hardship “a forever home.”

“We do heavy construction, we remove walls, we reconfigure bathrooms, bedrooms, kitchens, we build outside kitchens, we do outside solariums, we literally do it all,” Williams said.

WWE Superstar Lacey Evans, a Marine Corps veteran who runs a construction company with her husband when she’s not in the ring, told Air Force Magazine she first became involved with the show in hopes of using her platform to give back to her fellow vets. Though she’s helping to signal-boost the current campaign, she’s not a newcomer to the program, having appeared on past episodes.

“To be able to put my boots on deck, walk in this house with it being in the condition that it starts in, and being able to walk out and see these veterans’ faces—they are tired, they are broken—physically, mentally, emotionally—if they’re even still alive—you understand this is it’s a lot more than just a home renovation,” she said. “Sure, you can see the construction side, and it’s great, and it’s beautiful and the transition is amazing. And what you also see on Lifetime and on Military Makeover [with Montel] is the emotional ride that these veterans go through and the ending result being nothing but tears of joy.”

She said current and former troops who might feel self-conscious about nominating themselves should get vulnerable and go for it.

“Nothing’s gonna hurt by putting your name in there, raising your hand, and possibly getting chosen for a life-changing opportunity,” Evans said.

“I think that they should sit down with their family, and normally the family will help that veteran understand that they are as deserving as anyone else,” he said, noting that the decision to enter is one that can benefit “their whole family.”