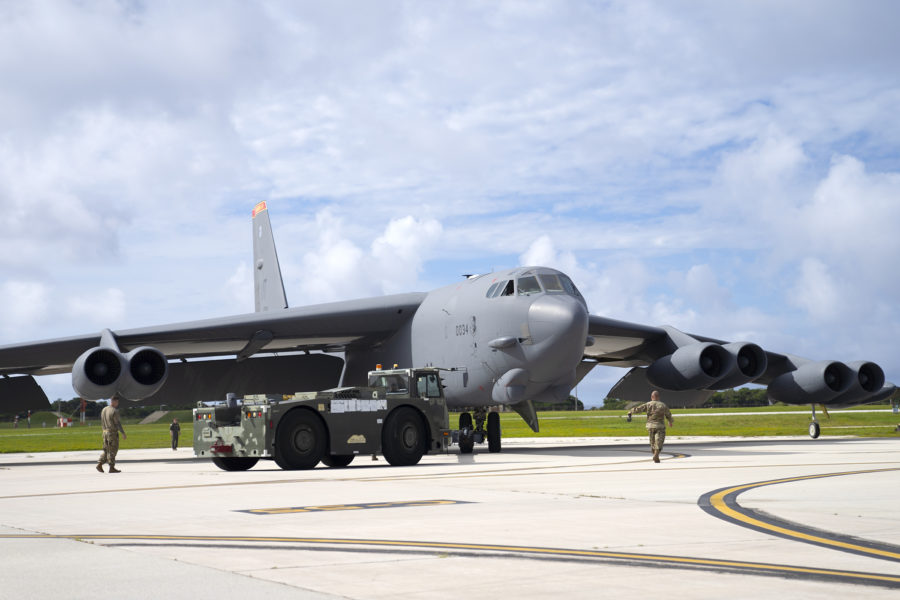 B-52s returned to the Pacific this week for a bomber task force rotation during which they will take part in a large-scale, Australian-led exercise.

As part of this deployment, the bombers will take part in Talisman Saber 2021. The exercise will include more than 17,000 personnel from Australia and the U.S., along with participants from Canada, Japan, New Zealand, South Korea, and the United Kingdom. India, Indonesia, France, and Germany will observe, Pentagon spokesman John F. Kirby said during a July 14 briefing.

The exercise “will strengthen our relationships and interoperability among key allies and partners and enhance collective capability to maintain a free and open Indo-Pacific,” he said.

The B-52 deployment shows that the Stratofortress is still carrying the load for the Air Force’s bomber fleet, as the B-1 faces readiness issues that include a stand down earlier this year. B-52s are also currently deployed to Al Udeid Air Base, Qatar.

B-1s last deployed to Andersen as part of a bomber task force in October 2020. The Air Force shifted to the bomber task force model from the continuous bomber presence mission in April 2020, favoring smaller, less predictable rotations of aircraft to the region.