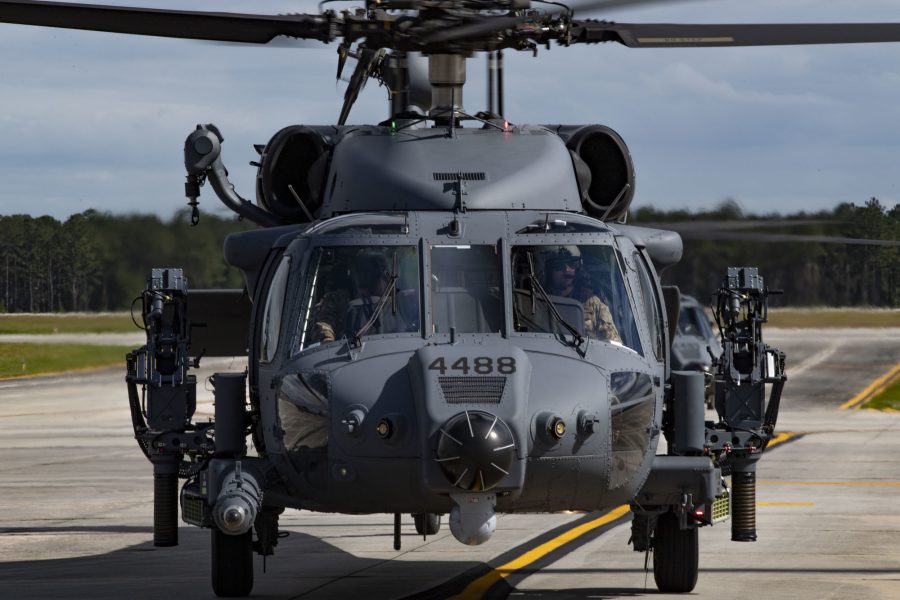 The 23rd Wing and 347th Rescue Group received the next-generation rescue helicopters, which will replace the HH-60G Pave Hawk, on Nov. 5. Aircrews from Moody’s 41st Rescue Squadron, along with the 413th Flight Test Squadron and 88th Test and Evaluation Squadron at Duke Field, Fla., ferried the aircraft from Lockheed Martin’s Sikorsky Training Academy to the Georgia base, according to a press release.

The Air Force has been testing and evaluating the new helicopter at Duke Field, including extreme temperature, aerial refueling, and other tests. The service wants to buy 112 of the helicopters as part of a $7.1 billion procurement program. The upgraded helicopter includes improved defensive systems, hover performance, electrical capabilities, avionics, armor, and other systems.

In February, the Air Force announced the helicopter would be named the Jolly Green II, carrying on the name of the Vietnam-era HH-3E. The original “Jolly Green” flew combat rescue missions from 1967 to 1995. The HH-53 “Super Jolly Green Giant” carried the name as well, and was replaced by the CV-22. Also in February, Sikorsky received the second low-rate initial production contract to build 10 aircraft at a cost of more than $500 million.

“We are proud to deliver the U.S. Air Force its next generation Combat Rescue Helicopter—the Jolly Green II,” Greg Hames, Sikorsky’s director of Air Force Programs, said in a statement. “This milestone has been long anticipated by our team since the Engineering and Manufacturing Development contract was awarded in 2014, and we are pleased to provide our customer with the advanced capabilities it needs to execute its critical combat search and rescue missions.”

Moody’s 41st RQS has flown the HH-60G since 1994. The base also hosts the 71st Rescue Squadron, which flies HC-130s, as well as pararescuemen with the 38th Rescue Squadron.