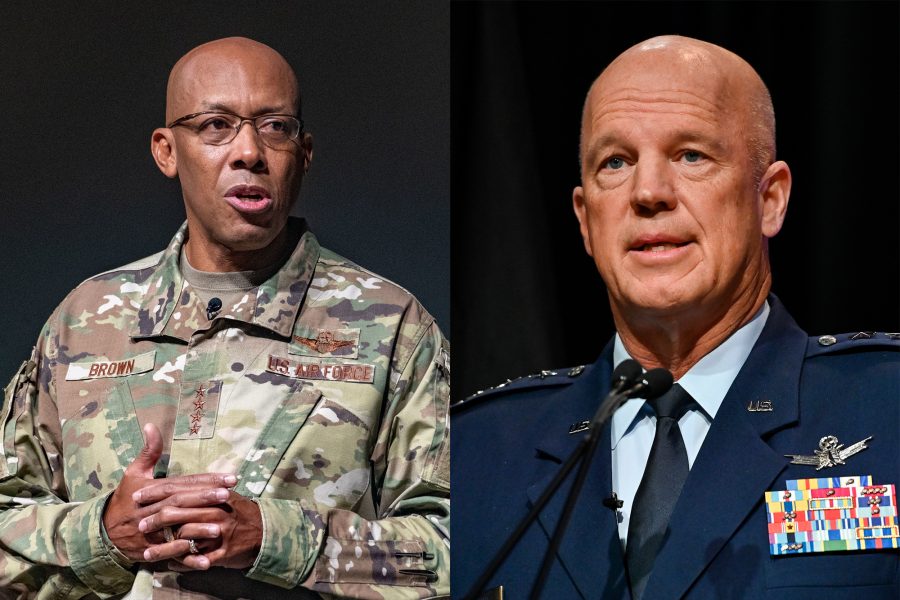 Most Joint Chiefs in Quarantine After Possible COVID-19 Exposure

Several senior military officials, including Air Force Chief of Staff Gen. Charles Q. Brown Jr. and Chief of Space Operations Gen. John W. “Jay” Raymond, are quarantining at home after a member of the Joint Chiefs of Staff tested positive for the coronavirus on Oct. 5.

Coast Guard Vice Commandant Adm. Charles Ray was tested “after feeling mild symptoms over the weekend,” the service said. He will quarantine at home as well.

“The Coast Guard is following established policies for COVID, per [Centers for Disease Control and Prevention] guidelines, to include quarantine and contact tracing,” according to an Oct. 6 Coast Guard release. “Any Coast Guard personnel that were in close contact will also quarantine.”

Ray attended high-level meetings at the Pentagon last week with other senior leaders, who are now staying home to avoid potentially spreading the deadly virus.

None of the officials have returned positive tests so far, according to a senior Defense Department official. Politico reported Coast Guard Commandant Adm. Karl Schultz has been traveling and has not come into contact with Ray.

“Out of an abundance of caution, all potential contacts from these meetings are self-quarantining and have been tested this morning,” Pentagon spokesman Jonathan Rath Hoffman said in a release. “No Pentagon contacts have exhibited symptoms and we have no additional positive tests to report at this time.”

An Air Force official said Brown and Raymond are remotely participating in the Department of the Air Force’s fall “Corona” meeting, which gathers the service’s top leaders each year to discuss and set major organizational and policy shifts.

This latest coronavirus scare in the federal government comes days after President Donald J. Trump and several members of the White House staff contracted the virus, prompting Brown, Raymond, and Air Force Secretary Barbara M. Barrett to repeatedly test for COVID-19 after participating in a Sept. 27 ceremony at the White House for Gold Star families.

A Coast Guard official told the Washington Post that Ray has not been at the White House since attending the Gold Star event.

The quarantines have not spurred any changes to operational readiness or mission capability, Hoffman added.

“Senior military leaders are able to remain fully mission-capable and perform their duties from an alternative work location,” he said.