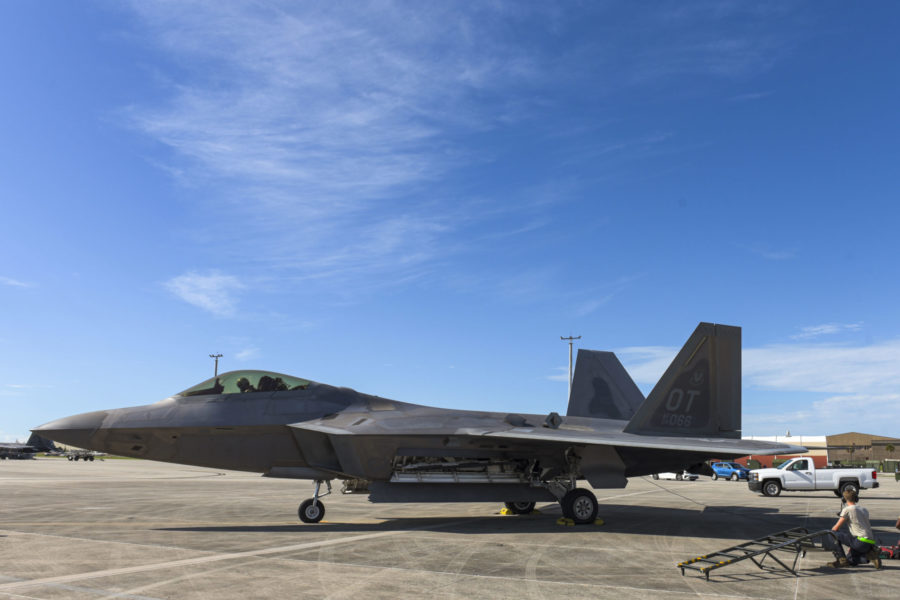 Maintenance errors and oversights caused $2.69 million in damage to an F-22 Raptor in October 2020 at Nellis Air Force Base, Nev., investigators found.

An Air Force Accident Investigation Board report released July 9 cited cultural issues within the 757th Aircraft Maintenance Squadron and distractions caused by a “distinguished visitor” event as contributing factors to the incident, in which an auxiliary power unit overheated. The jet, tail number 06-4109 with the 422d Test and Evaluation Squadron, had not flown since June 2020 and had undergone extensive modifications for an operational test mission at the Nevada base.

As part of that process, crews removed the jet’s Auxiliary Power Unit Mixing Exhaust Duct, but failed to pull circuit breakers within the system or to attach collars—red “remove before flight” tags—as required. The squadron’s Level 7 maintainer, the supervisor at the time, failed to correct the error.

Two days later, crews tasked with defueling and reconfiguring the Raptor’s doors decided to use the aircraft’s APU, but its emergency-off switch had been incorrectly set to normal “by an unknown person,” the report states.

During the pre-procedural checks, a maintainer failed to note the APU’s Mixing Exhaust Duct needed to be installed first. After starting the power unit, smoke began to emerge from the APU’s exhaust bay and into the aircraft’s main landing gear well.

The maintainer did not immediately shut down the APU and instead started reviewing digital forms for possible error codes. Another maintainer ran up to the F-22 and hit the emergency-off switch.

The report stated that the overheating APU scorched cables inside the aircraft and that several pieces of equipment needed to be replaced, adding up to the $2.69 million repair bill.

USAF investigators found the primary cause of the incident was maintainers not following proper procedures, which resulted in starting the APU while the Mixing Exhaust Duct was removed. Additionally, the report states the unit’s culture of not using collars during repair procedures contributed, along with the design of instrumentation on the aircraft, which obscured access to circuit breakers; the extensive modification of the aircraft; and distractions that day from a distinguished visitor on base. That day, then-National Security Adviser Robert O’Brien visited the base, and Airmen participated in aircraft demonstrations and other events.