Skip to content
Museum collections crews work on installing the Women in the Air Force exhibit near the Northrop AT-38B Talon in the Cold War Gallery at the National Museum of the U.S. Air Force at Wright-Patterson Air Force Base, Ohio. Air Force photo by Ken LaRock.
Expand Photo 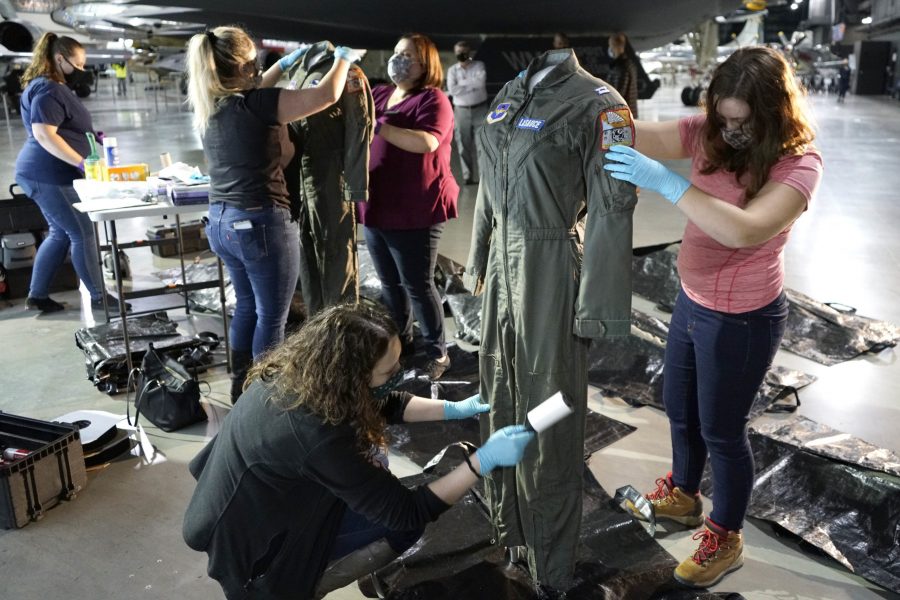 The National Museum of the U.S. Air Force at Wright-Patterson Air Force Base, Ohio, offers visitors from near and far a chance to learn more about the Airmen who built the service and to honor their time in uniform.

On Veteran’s Day, Nov. 11, from 10:30 a.m. to 3:30 p.m., visitors can hear first-hand from Air Force veterans, including crew chiefs, engineers, navigators, pilots, and missile crew, who will be on hand to share their stories and bring exhibits to life, according to a USAF release.

Can’t get to the museum? You can still hear from Air Force veterans: A dozen new podcast interviews introduce listeners to the Air Force’s first female pilots, who provide a behind-the-scenes look at their lives and share the story behind “Women in the Air Force: From Yesterday into Tomorrow,” a new exhibit and series of installations spread throughout the museum that will fully open in 2021, featuring more than 60 artifacts never before on public display.

“What I love about these artifacts is that in addition to showcasing the accomplishments of these women, they also speak to who they were as people and their immense dedication to serving the U.S. Air Force despite many challenges,” said museum curator Krista Dunkman.

Also on display: From Nov. 11-15, the Museum’s World War II Gallery will show a military-themed LEGO display, including replicas of the Tomb of the Unknown Soldier, an F-15, and the B-17 Memphis Belle.

“The LEGO model of the Memphis Belle alone has over 3,000 pieces and a full 10-man crew,” the press release says. It “required four months of planning and locating parts, and another month to assemble.”