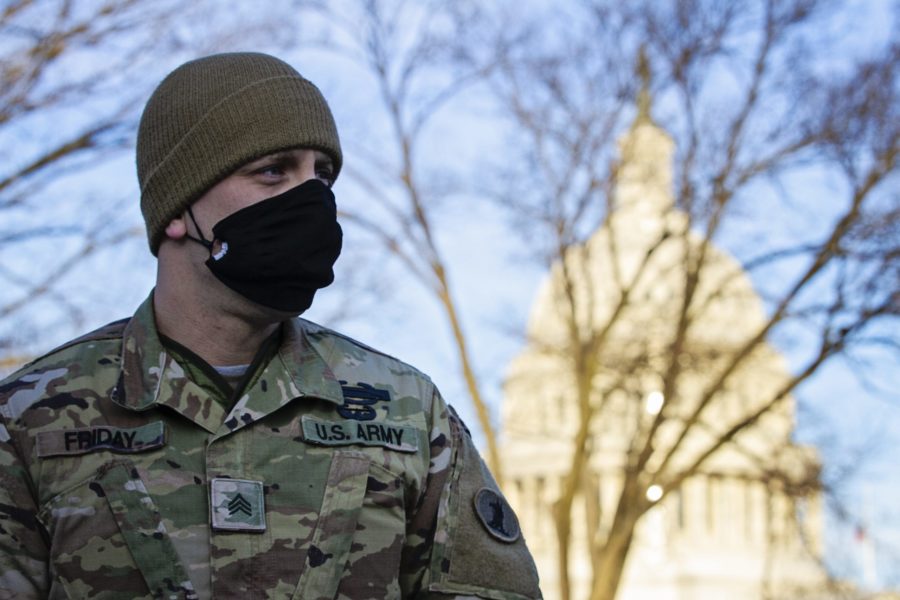 Party politics may prevent the National Guard from conducting critical training in the final months of the fiscal year unless senators on both sides of the aisle can agree on how to reimburse some $521 million in expenses related to the protection of the Capitol compound for five months following the Jan. 6 insurrection.

Two dueling bills languish in the Senate Appropriations Committee, while the House passed on party lines a Democratic-sponsored bill in May.

The problem is the price tag.

Sen. Patrick Leahey (D-Vt.), chair of the Senate Appropriations Committee, introduced a hefty $3.7 billion bill July 12 that includes $1.83 billion for the Defense Department. In addition to the requested $521 million in Guard funding, $1.3 billion is slated to cover COVID impacts to the department; $761 million is for COVID testing and treatment; and $549 million is for personal protective equipment and cleaning supplies.

The comprehensive security bill pitched by Leahey also provides $22 million to the Department of Justice to help pay for prosecutions related to the Jan. 6 insurrection and $25 million for judicial security. Citing unmet COVID-19-related needs, $425 million is slated for programs to support women and children, including domestic violence, sexual assault services, and child welfare.

The $1.9 billion bill passed by the House in May, by a narrow 213-212 margin, similarly provides $40 million to pay for the prosecution of Jan. 6 insurrectionists and $170 million to protect federal judges and courts. It would also invest heavily in protecting against future attacks on the Capitol by following recommendations from a special panel led by retired Army Lt. Gen. Russel L. Honoré. Proposed measures include $250 million for retractable fencing, $200 million to establish a National Guard quick-reaction force, and $160 million to harden windows and doors.

“Funding for the Capitol Police and National Guard must not be held hostage because the Democrats insist on billions more in spending that lacks full support at this time,” Shelby said in a July 13 statement.

GOP Call for a ‘Clean Bill’

House Armed Services Committee Ranking Member Mike Rogers (R-Ala.) is demanding that Congress pass a “clean” funding bill that would reimburse the National Guard’s expenses for compensating Soldiers and Airmen and leave out other Democratic priorities.

“It will have a very significant impact on National Guard readiness,” he said. “It’s critical for us to get it this year because the funding will be required for us to complete not only our drills but all operations and training we have scheduled.”

The National Guard Bureau told Air Force Magazine that its finances have not improved in the three weeks since Hokanson spoke at the Pentagon, and the same dire consequences exist for Airmen and Soldiers.

That means Congress has three weeks to act before its monthlong recess.

The National Guard had one of its busiest years on record in 2020, deploying more than 21 million service days to respond to missions that included the domestic COVID-19 response, natural disasters such as hurricanes and wildfires, overseas missions, and the protests that followed the death of George Floyd.

By far the Guard’s largest deployment, peaking at 26,000 service members from all 50 states and four U.S. territories and the District of Columbia, was the mission to protect the U.S. Capitol, which ran until late May with a price tag of half a billion dollars.

“This partisan bill harms our National Guard,” Rogers wrote to House Speaker Nancy Pelosi, referring to the House bill, in a letter made public July 12. “We must come together and pass a clean supplemental to ensure the National Guard, which remained unnecessarily at the Capitol with your support, has the funds needed to train for and fulfill their mission.”

Senate Armed Services Committee Chairman Sen. Jack Reed (D-R.I.) said the security bills to reimburse both the Capitol Police and the National Guard need to be about more than just paying old debts, but also preventing such incidents from ever happening again.

“If we fail to provide secure doors, windows, tunnels, street barriers, and grounds, then we could be leaving [the Capitol] vulnerable to another Jan. 6 style attack,” Reed said in a statement July 13. “If Senate Republicans refuse to plug needed security gaps it will be a disservice to the brave men and women who defend the U.S. Capitol.”

Reed also called for supporting the Leahey bill that would pay for safeguarding Afghan translators who worked for the U.S. and coalition forces in Afghanistan and could be targeted by the Taliban after the U.S. withdrawal is complete.