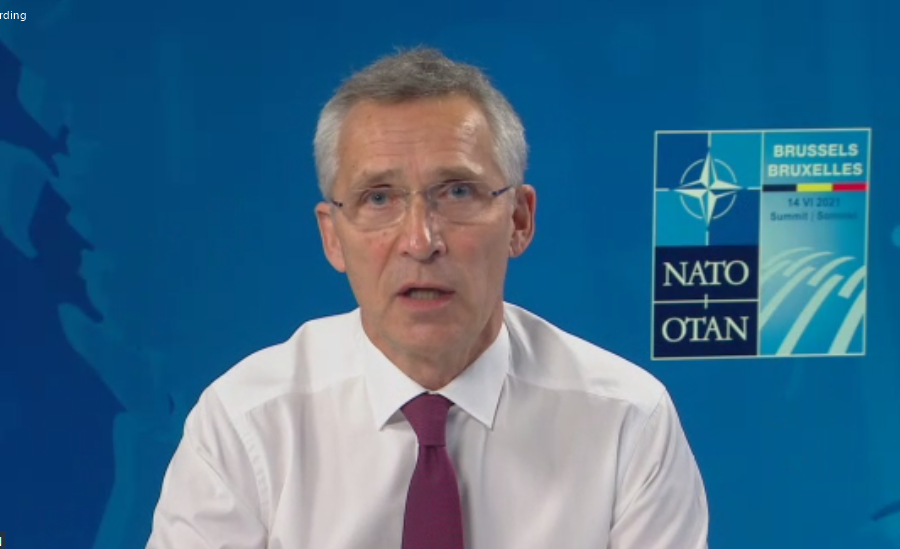 “This style may differ, but the content of the message is the same, and that is that allies need to invest more in defense. We need fair burden sharing,” Stoltenberg said.

Just three allies met the 2 percent goal when it originated during the 2014 NATO summit.

“I’m not saying that’s perfect, or enough, but I’m saying that 10 is much more than three,” he said. “Actually, more than three times as many. And even those who are not yet at 2 percent, the majority have plans in place to be at the 2 percent by 2024.”

Across the alliance, nations have added $260 billion more for defense. “The good news is that we’re on the right track,” Stoltenberg said.

Following this week’s summit in Brussels, NATO released a communique that highlighted Russia’s aggressive actions, as well as China’s “growing influence” and its policies, as challenges NATO needs to address.

Beijing has been investing heavily in new military capabilities, and “one of the main messages from this summit is that all allies recognize that the rise of China matters for our security.”

Stoltenberg said NATO must also find new ways to conduct arms control. While the alliance welcomes the extension of the New START treaty on nuclear weapons, more agreements should focus on additional weapons.

“We need arms control that covers more weapons systems, especially now since we don’t have the [Intermediate-Range Nuclear Forces] Treaty that covered intermediate-range systems. We now only have the New START, covering long-range or the strategic warheads,” Stoltenberg said. “But we have non-strategic or tactical intermediate range, many other systems. Then we need … to start to look into how can we conduct arms control when it comes to new disruptive technologies—hypersonic weapons, or artificial intelligence, or autonomous systems. It opens up a totally new chapter and a new dimension in everything we do on arms control.”