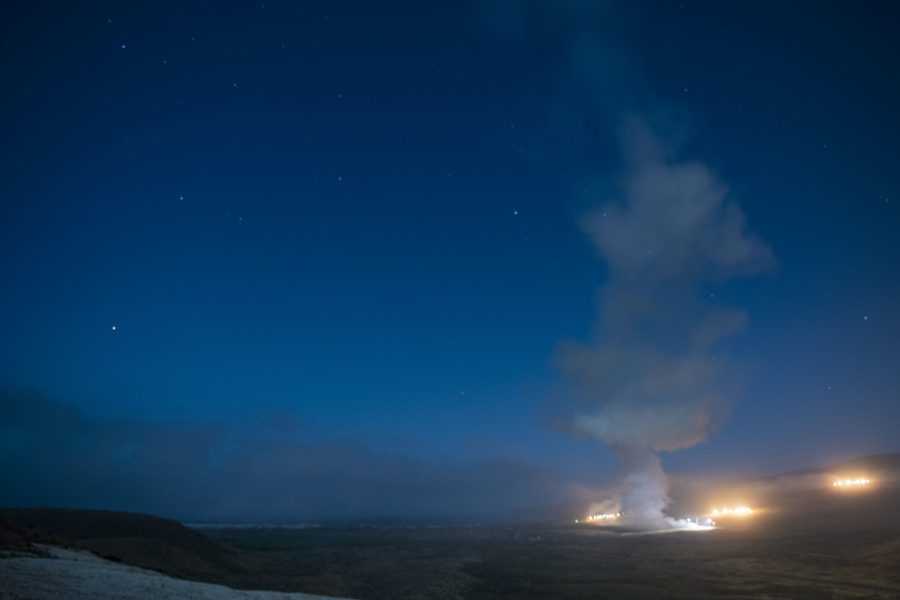 Sailors and Airmen from Offutt Air Force Base, Neb., aboard the E-6B worked with Airmen from Vandenberg who acted as the alert and operational crews on the ground for launch night.

At 12:21 a.m. local time, the missile and its three test re-entry vehicles—which would carry the nuclear warhead in a real launch—left California and flew for about 30 minutes to splash down 4,200 miles away at the Kwajalein Atoll in the Marshall Islands.

“The flight test program demonstrates one part of the operational capability of the ICBM weapon system,” Col. Omar Colbert, commander of the 576th Flight Test Squadron at Vandenberg, said in an Aug. 4 release. “The Minuteman III is 50 years old, and continued test launches are essential in ensuring its reliability until the 2030s when the Ground-Based Strategic Deterrent is fully in place. Most importantly, this visible message of national security serves to assure our allies and dissuade potential aggressors.”

Air Force Global Strike Command vets the 1970s-era unarmed missiles a few times a year to ensure they are still accurate and reliable. This is the second test launch of a dummy Minuteman III intercontinental ballistic missile in 2020. Vandenberg held its first test launch of the year in February, when the base offered reporters The Drive reported.

The service said the test, previewed in an April press release, is not responding to any real-world events or regional tensions. Global Strike’s launch calendars are planned three to five years in advance.

Airmen from the 90th Missile Wing at F.E Warren Air Force Base, Wyo., were originally chosen to support the launch, but could not travel because of restrictions in place during the ongoing coronavirus pandemic. The missile itself came from F.E. Warren and was maintained by the 90th Maintenance Group.

E-6Bs, which take part in Minuteman III tests about once a year, are one of the military’s aircraft that can give the order to fire nuclear weapons in case underground launch control centers are destroyed. The Pentagon is preparing to replace the E-6B and the Air Force’s E-4B “Doomsday” plane with an “optimized fleet” dubbed the Survivable Airborne Operations Center.

The flying emergency command centers occasionally participate in the tests to check how well they can talk to and direct the ICBM fleet, as well as to see whether upgrades are working.

“Even during the pandemic, Air Force Global Strike Command maintains various levels of redundant capability to assure a national deterrent,” the service said.