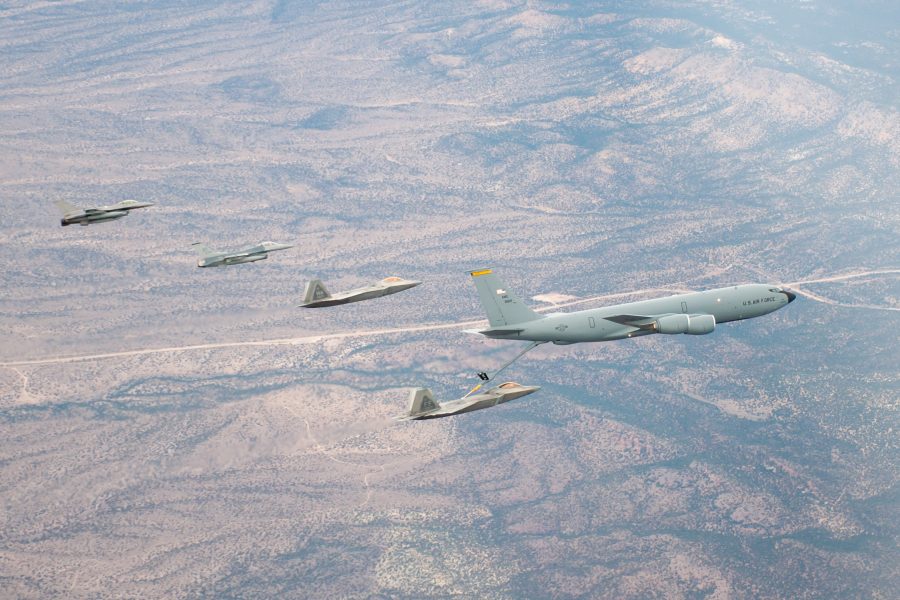 Ten USAF and Navy aircraft types trained together in a large force event on Nov. 17, which included testing several new technologies and capabilities aimed at degraded communications and contested environments.

“The 53rd Wing designed this LFTE to validate tactics in a contested environment, further refine electronic attack tactics using updated capabilities, and optimize large force interoperability between fourth- and fifth-gen fighters with standoff electronic attack platforms belonging to the USAF and USN,” said Maj. Theodore Ellis, director of the event and 53rd Wing weapons officer, in the release. “It is also an opportunity to investigate the best methods to mitigate risk to our CSAR forces to ensure we know how far we can go to retrieve downed aircrew without causing more losses.”

The grand finale included 20 aircraft participating in a suppression of enemy air defenses mission while Link 16 connections were degraded.

“We owe it to the warfighter to test like we fight,” 53rd Wing Commander Col. Ryan Messer said in the release. “It is only through realistic, massed force, fully integrated, high threat density environments that we can do that, and LFTEs are essential stepping stone events as we formalize what the future of testing like we fight looks like.”