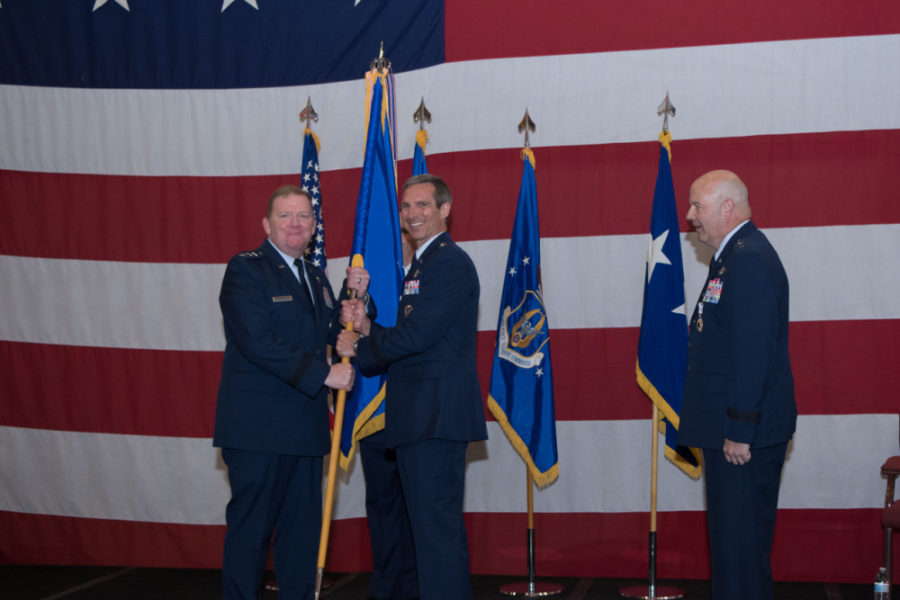 Radliff took command from Maj. Gen. Brian K. Borgen, who had overseen the NAF since May 2019.

“We have fantastic guidance and priorities from our leadership, which have informed the current priorities set by Maj. Gen. Borgen, and I see no need to adjust those,” Radliff said during a ceremony at Naval Air Station Joint Reserve Base Fort Worth, Texas, according to a release. “We will continue to focus on readiness, caring for Airmen and families, and developing resilient leaders.”

The Air Force has not announced Borgen’s next assignment. During the ceremony, he received the Distinguished Service Medal from AFRC boss Lt. Gen. Richard W. Scobee, himself a former commander of 10th Air Force.

“With Borgen as commander, 10th Air Force has provided unrelenting mission success,” Scobee said, according to the release. “He has taken the Air Force Reserve priorities and applied them to your 17 wings. Most impressive is that he has taken care of our Airmen and their families in spite of resources shortfalls, some of the harshest conditions, unprecedented churning of combat operations in a global pandemic, and he placed resiliency as his top priority and it shows in the Airmen. He is the best of who we are.”