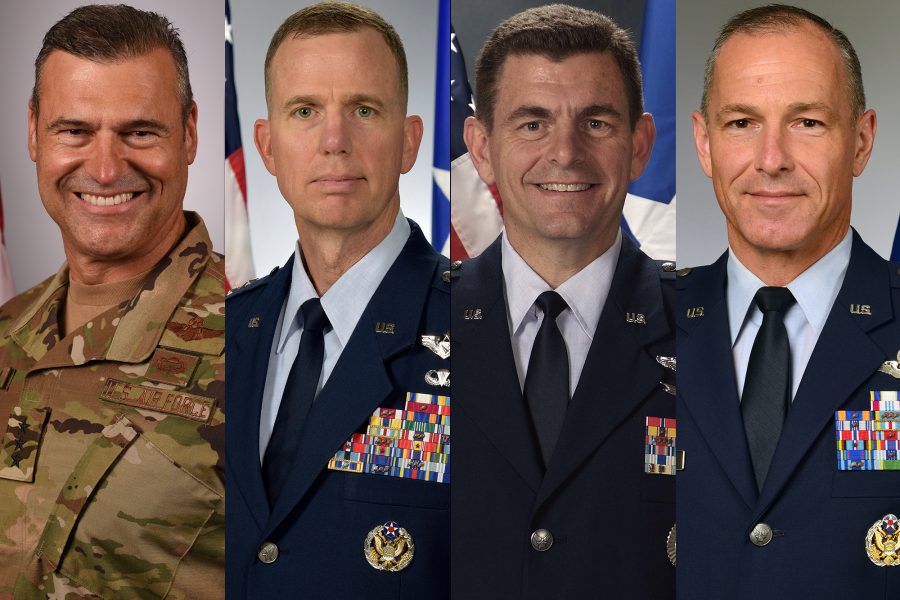 Air Forces Central Command and the Air National Guard will get new commanders, as part of a series of new general officer nominations announced May 11.

President Donald Trump tapped current AFCENT boss Lt. Gen. Joseph Guastella Jr. to be the next deputy chief of staff for operations at the Pentagon. Maj. Gen. Gregory Guillot, currently the director of operations for U.S. Northern Command, will receive his third star, if confirmed, and take over for Guastella at AFCENT, where he will also serve as commander of the Ninth Air Expeditionary Task Force and combined forces air component commander for U.S. Central Command.

Trump also nominated Maj. Gen. Michael Loh, Colorado’s adjutant general, for a third star and assignment as the director of the Air National Guard. If confirmed, Loh would take over for Lt. Gen. Scott Rice. The Air Force has not announced Rice’s next move.

And, Maj. Gen. Scott Pleus was nominated for his third star and to serve as the next deputy commander of U.S. Forces Korea. Pleus is currently the director of air and cyberspace operations for Pacific Air Forces.

Trump also nominated the following officers to the rank of major general: