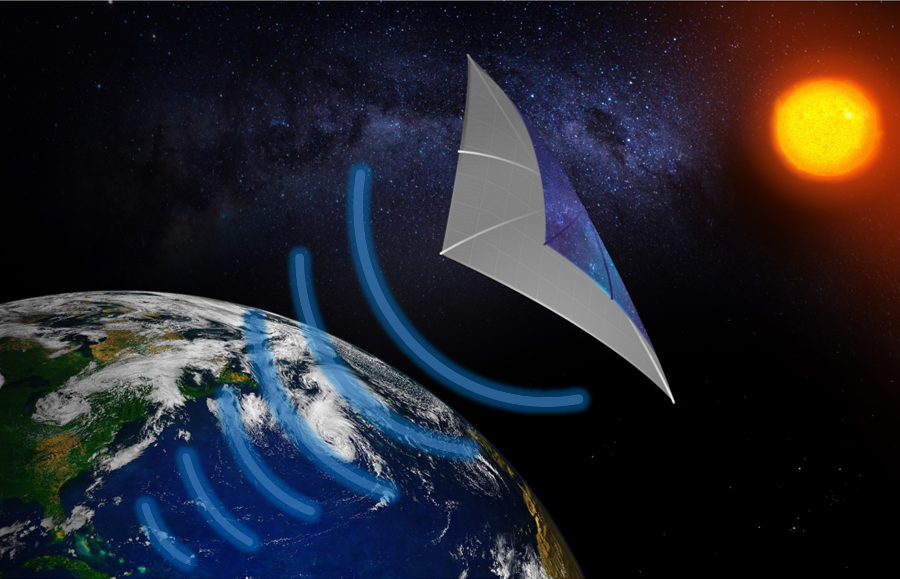 A new space materials laboratory at Kirtland Air Force Base, N.M., is now open for business.

“We’re one lab and opening our doors to different programs and projects,” Benjamin Urioste, research engineer and lead for the team that will use the lab, told Air Force Magazine on Nov. 23. “Whether they are large acquisitions or small acquisitions that want to come in and have an independent government assessment of their deployable structure, our lab facility is very capable of doing that.”

Structures that make up spacecraft like satellites and spaceplanes are “notoriously difficult” to create and test because of differences in gravity, radiation exposure, and other factors, Urioste said. The new lab—measuring more than 7,000 square feet—lets researchers better understand how those materials might hold up during launch and act on orbit.

“This new laboratory will continue the work of the Spacecraft Component Technology Center of Excellence that has a long history of technology development and transition in spacecraft structure materials. … The DeSel facility is capable of testing 20 meter x 15 meter (65.7 ft. x 49.2 ft.) structures in a secure, climate-controlled, vibration-isolated laboratory,” the Air Force said in a release. “Specialized equipment will be used to analyze the precision and repeatability of spacecraft structure deployments.”

As industry figures out how to stuff more capability into a smaller package, the DeSel can also investigate how shrinking technology works on orbit.

Urioste said smarter testing can help cut costs and boost system performance. For example, researchers could learn that materials need to be lighter or heavier, or more or less flexible, to work best.

There are still limits to being earthbound. The best place to vet hardware is in the cosmos itself, he added.

“We gravity offload our structures using counterweights at their centers of gravity. What that effectively does is … it performs as if it was in a microgravity environment,” he said. “But in test, anytime you have some sort of external disturbance or external input, it could create errors in your data-gathering and your analysis.”

One of the lab’s first projects is the Space Solar Power Incremental Demonstration and Research (SSPIDR) effort, a joint venture with Northrop Grumman to create a beaming system that could provide power to overseas bases using a receiving antenna on the ground. That would free up deployed installations’ reliance on vulnerable convoys and supply lines.

An Air Force press release shows an artist’s rendering of a flat, kite-like system of solar cells turned toward the sun while in orbit. Those would turn solar energy into radio frequency energy sent to the ground.

“SSPIDR is a collection of flight experiments designed to mature different critical technologies needed to build an operational solar power beaming system in space,” according to an AFRL fact sheet. “The SSPIDR project team examined the needs of the operational prototype and identified five critical technologies needing further development to make this system a reality. The technologies driving the effort are deployable structures, energy generation, thermal, radio frequency beaming, and metrology.”

Northrop received more than $100 million to develop SSPIDR hardware. The system could collect up to eight times more energy than technology on the ground, the Albuquerque Journal reported.

Urioste noted that the lab will test smaller versions of SSPIDR parts “to reduce risk and better understand how these structures perform at a much larger scale on orbit.” He declined to offer further details on the project or say what else the lab plans to work on in 2021.

The new coronavirus pandemic has slowed the integrated structural systems team’s access to the lab, Urioste said. Employees are still loading equipment into the building, and he hopes to be testing pieces by late January or early February.

Urioste’s team is largely comprised of civilian contractors, and is hiring at least one more person. As spacecraft design gets more complicated, he said the lab is canvassing universities and elsewhere for people who understand structural design as well as test validation and analysis. The Department of the Air Force needs more engineers with that specific expertise to keep up with the growing demand for innovative spacecraft.

They are also looking to the future of in-space manufacturing. Urioste imagines that early on-orbit builds could prove whether piecing together elements of a solar array could lead to a functioning power system.

“Deployable structures is kind of a niche research area, but now we’re seeing a great amount of interest,” he said.