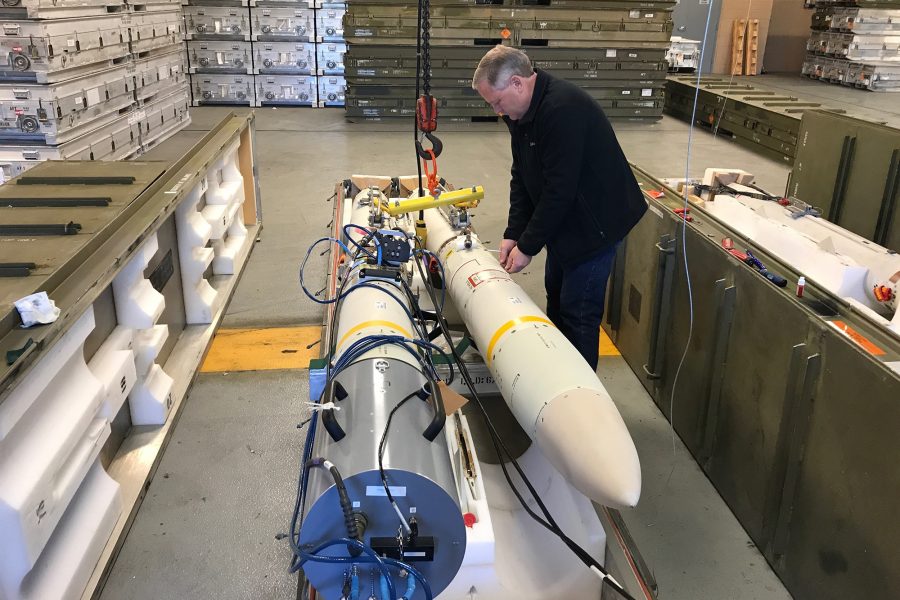 The Air Force is moving forward with its Stand-In Attack Weapon, preparing to check how it fits inside the F-35 Joint Strike Fighter this summer.

Though the service previously said the missile would fly on the B-21 as well, Air Force spokeswoman Ilka Cole said recently the F-35 is now the only USAF aircraft under consideration. Fit checks will entail wind tunnel testing and ground tests.

The weapon is based on the extended-range version of the Navy’s Advanced Anti-Radiation Guided Missile in development at Northrop Grumman. Cole said missile design specifications like its range are classified.

SiAW appears to be one tool the Air Force would use to get closer to countries that keep out encroaching aircraft and to take out enemy systems that target the key assets of modern war, like GPS and other satellites. It’s designed to pursue targets that move quickly as well.

AARGM is a supersonic missile used to destroy enemy air defenses, according to Northrop. It can “rapidly engage traditional and advanced land- and sea-based air defense threats, as well as non-radar, time-sensitive strike targets.”  The baseline version is already integrated onto the F-35.

Military testers will vet the SiAW on the F-35 in the early 2020s so it can begin regular operations by the mid-2020s. It’s expected to wield a new warhead, the design of which is slated to end in fiscal 2021.