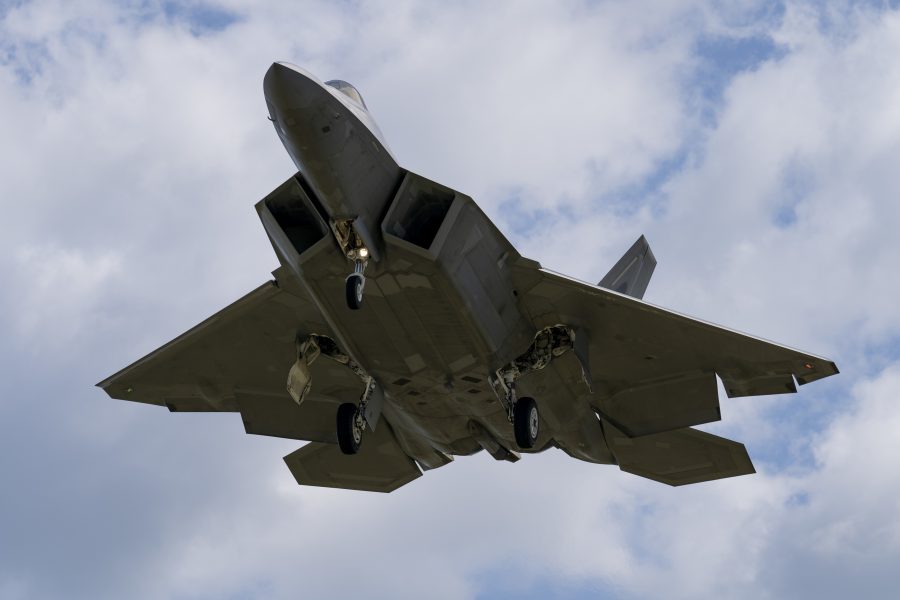 Holmes, speaking at a virtual Mitchell Institute Aerospace Nation event, explained that the Rebuilding the Forge, or Reforge, plan combines the fighter fundamentals course with the Fighter Training Unit process, eliminating at least one change of station move for fighter pilots and using new technology to accelerate their proficiency.  That would translate to fewer F-22s being needed for basic skills training and more tails available either for combat exercises or, in the case of older jets, as opponents for more upgraded versions of the Raptor.

“Part of what we’re trying to do is see if we could create more capacity without spending more money,” Holmes said. If Reforge works, fewer F-22s would be needed for basic skills training in the jet. “We can take some of that training-coded iron and turn it into combat-coded iron. We already paid for it, we already paid for the people that fly it.”

Holmes said ACC looks at modifying its training F-22s to full combat capability “every year,” but the move usually falls to some higher priority. If the money could be found to do it, he said, one approach might be to “just keep working through the older ones,” as the newer-block aircraft are complete, though he acknowledged that will come at an increased cost.

Tradeoffs have to be made, though, “about the best place to spend your counterair dollar.”

The F-22s used for training are still highly capable aircraft, he added.

“The older-block F-22s, they’re already combat capable, even without bringing them up to the higher standard. I’d certainly pick one of those over some of our legacy airplanes if I had to go fight.”

Another option, he said, “is to fly those older airplanes in a Red Air role,” putting new students in the most up-to-date versions so they don’t get accustomed to an older configuration.

“With two operational squadrons” at Joint Base Langley-Eustis, Va., “and the Red Air requirements for the FTU, can we kind of trade the airplanes among each other and make an effective use of the older airplanes in a Red Air role while we save our limited modernization dollars for those newer airplanes?” he asked. “We could produce some increased capacity that way.” The F-22s already fly some Red Air, augmenting T-38s employed in that role, Holmes said.

ACC also is looking at a new class of attritable and remotely piloted aircraft for possible use in an adversary training role, he noted.

Like all of ACC’s systems, Holmes said, the F-22 has its own unique sustainment issues. The type was flown more hours than planned during operations in Syria, he noted, and that taxed the number of engines available. But he said work with Pratt & Whitney and its suppliers has addressed the issue and “we’re in pretty good shape,” now.

Training has become more efficient in the F-22 since the service consolidated from six squadrons with 18-21 aircraft to five squadrons with 24 aircraft, he said.

To prove out the new Reforge plan, Holmes said the Air Force intends to lease “a small number” of Korea Aerospace Industries/Lockheed Martin T-50 advanced trainers, Leonardo M346 trainers, or other aircraft while the Air Force waits for the new Boeing/Saab T-7A. The jets, which would start working in summer of 2021, would train a cadre of fighter pilots using Reforge methods to see if the ideas actually work.

“The T-7 is a great airplane, can’t wait to get our hands on it, but it’s several years away,” Holmes said, explaining the need for the jets. “Boeing and Saab are working on shifting to an operational airplane, and they’d tell you they’re pretty darn close … We’re trying to use the time while we’re waiting … to figure out the best way forward.”

Initally, the plan was to go with the T-50, but Holmes said there was interest from other companies, “and competition is in our interest, to see who can come in at an affordable price.” It’s possible the trainer lease won’t be affordable, he allowed, in which case ACC will try to figure out another proof of concept.