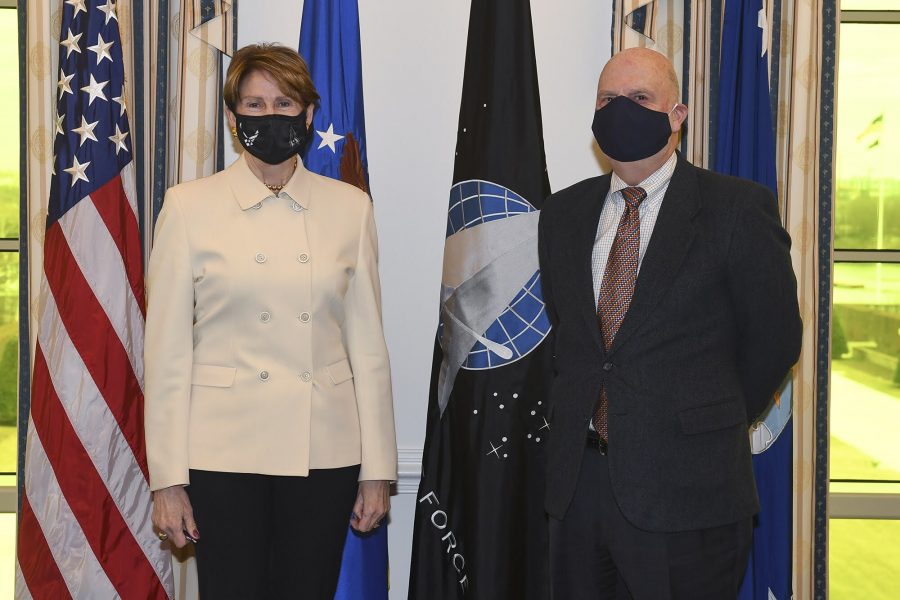 A new team of acting leaders in the Defense Department and the Department of the Air Force took command at 12:01 p.m. Jan. 20, leading the military on a temporary basis while Biden administration nominees await confirmation.

“The Department of Defense remains ready to provide forces that deter war and protect the security of our nation,” Norquist said in a statement. “We look forward to seamlessly onboarding the incoming administration so America may maintain its strategic advantage and vast partnerships.”

“It is a privilege to serve Airmen and Guardians as the Acting Secretary of the Air Force,” Roth said in a statement. “Protecting the Nation is a solemn responsibility; one that the U.S. Air and Space Forces execute daily without fail.”

“I’m eager to continue the momentum Secretary Barrett and these two great military leaders put into motion as we work together to accelerate change for our Air Force and continue building America’s Space Force,” Roth said.

Before she left, Barrett met with Roth on Jan. 19 to discuss Air Force continuity and other transition issues, according to the Air Force. In a video posted to Twitter, Barrett told Airmen and Guardians that “it has been a joy to work alongside you” for the past 15 months. She highlighted Department of the Air Force missions such as innovation in air and space, responding to natural disasters, medical services amid the COVID-19 pandemic, delivering space capabilities, and serving the Air Force core missions.

“You protect America and the American way of life,” Barrett said. “For that, America thanks you.”

Shortly after the inauguration, the Defense Department released an extensive list of leaders serving in temporary roles as well as a list of those virtually sworn in. For the Department of the Air Force, this includes: