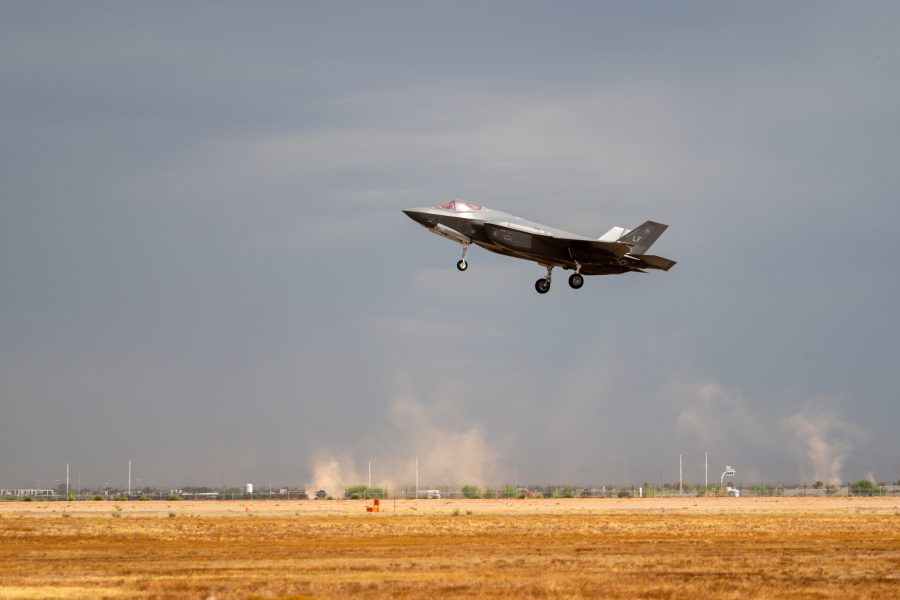 No Lightning for F-35A Lightnings Until Further Notice

The Air Force’s F-35A Lightnings are under a cautionary restriction not to fly within 25 miles of thunderstorms or lightning, until the On-Board Inert Gas Generation System is fixed, a Lockheed Martin spokesman said June 24. Delivery of F-35s was temporarily halted because of the issue, but has resumed.

The OBIGGS protects the F-35 by flooding an area struck by lightning with inert nitrogen gas, to prevent explosion. During an F-35 depot maintenance check at the Ogden Air Logistics Complex at Hill Air Force Base, Utah, an OBIGGS tube, which deploys the gas, was found to be damaged. Delivery of aircraft was suspended June 2 to ensure the system was being properly installed, but resumed June 23 when it was determined the problem was occurring “in the field after aircraft delivery,” a company spokesperson said. A maintenance action may be causing the problem, and it’s not known how many jets might be affected.

Because the tube may not work properly in a lightning strike, F-35A unit commanders have been advised to direct their pilots to steer well clear of known or potential lightning storms until the issue is resolved. The problem apparently hasn’t affected the F-35B or C models.

“We are working with the F-35 Joint Program Office on a root cause corrective action investigation to determine next steps,” the spokesperson said.

The F-35 Joint Program Office did not respond to queries about the issue.

This is not the first avoid-lightning order for the F-35. The jet’s original OBIGGS was also problem-prone, leading to a directive to avoid thunderstorms about 10 years ago. A redesigned system was installed in 2014.