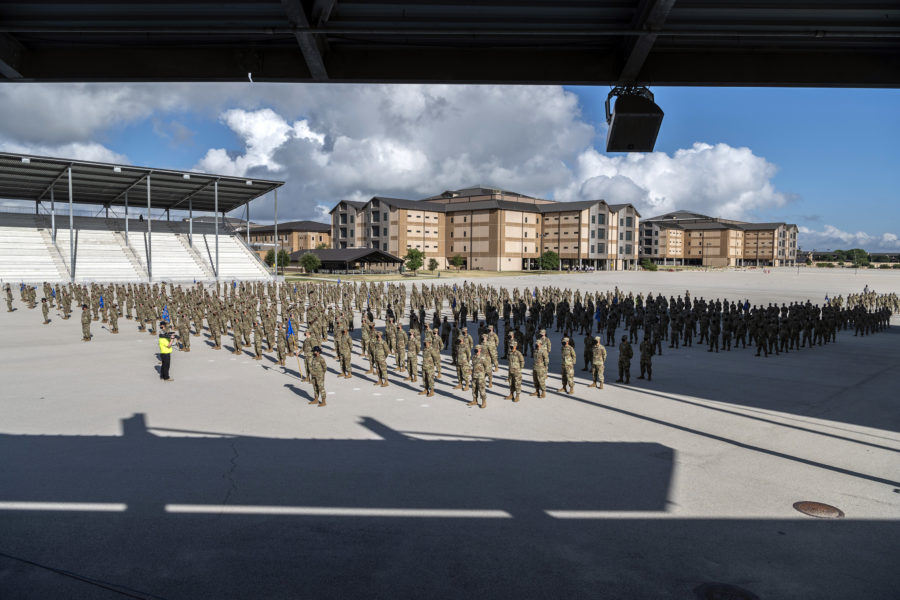 Joint Base San Antonio-Lackland, Texas, lifted a lockdown on the base Wednesday afternoon, after a shooting was reported at the main gate. No one was injured in the incident, said officials.

The base first announced the lockdown around 12:50 p.m. local time, saying there is a real-world active shooter warning at the installation.

Lt. Col. Brian Loveless, commander of the 802nd Security Forces Squadron at the base, told reporters there was a report of shots fired outside the base’s Valley Hi Gate. Responders did not determine anything “up front” when responding, but security forces and local police are pursuing a “couple of leads to confirm gunshots did take place.”

Joint Base San Antonio, in an update, said the shooting is suspected to have happened outside the gate, and responders worked with police to “clear the area and search for the shooters.”

Loveless said security forces were pursuing leads of multiple shooters, but that was not confirmed. The Valley Hi gate remained closed hours after the shooting, but the lockdown was lifted for the rest of the base.

The active shooter threat comes less than 24 hours after Joint Base Pearl Harbor Hickam, Hawaii, locked down as officials investigated a possible bomb threat on ship there.