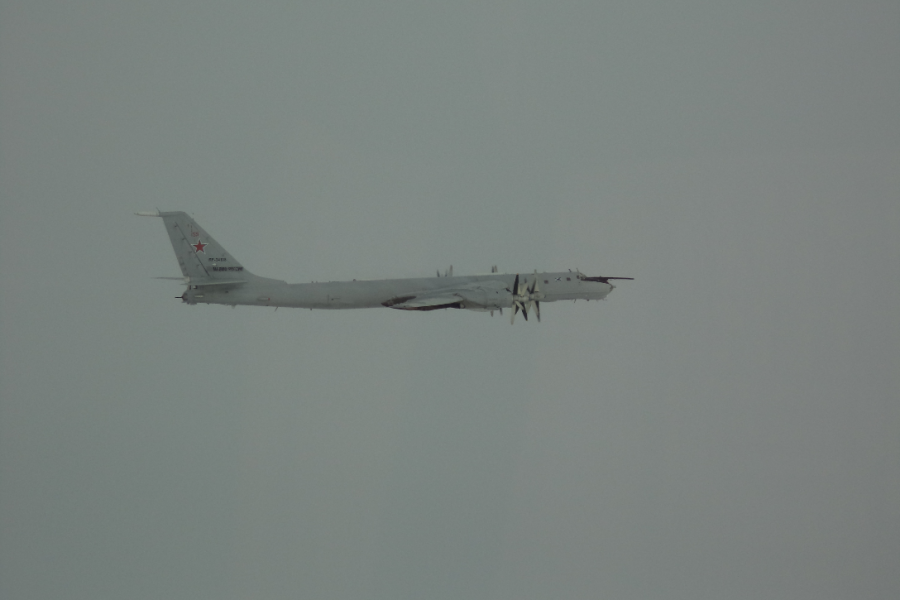 F-22s from the North American Aerospace Defense Command, with help from KC-135 tankers and an E-3 Airborne Warning and Control System, intercepted Russian aircraft near Alaska for the second time in a week and the sixth time this month.

On June 27, the NORAD fighters intercepted four Russian Tu-142 reconnaissance planes as they encroached upon the Alaskan Air Defense Identification Zone, according to a command release.

“The Tu-142s came within 65 nautical miles [74.8 miles] south of the Alaskan Aleutian island chain and loitered in the ADIZ for nearly eight hours,” stated the release.

Russian aircraft spent about twice as long in the ADIZ than they did on June 24. However, consistent with Russian intrusions from earlier in June, the aircraft didn’t cross into U.S. or Canadian airspace.

The June 27 intercept was the second interaction between U.S. and Russian aircraft in two days. A day earlier, Russian fighter aircraft intercepted a U.S. Navy P-8 Poseidon, a U.S. Air Force RC-135, and a USAF KC-135 tanker over the Black Sea—the second such intercept in the Black Sea region in about a month. On May 29, Russian Su-27 and Su-30SM fighters intercepted USAF B-1s that were flying with Ukrainian Su-27s and MiG-29s in the area.

On June 15, Russian Su-27s intercepted two B-52s that were flying in international airspace in Eastern Europe. Russian fighters also intercepted a B-52 flying over the Sea of Okhotsk on June 19.