Skip to content
Staff Sgt. Marshal Roberts, 28, of Owasso, Okla., was killed in a March 2020 rocket attack on Camp Taji, Iraq, while deployed there in support of Operation Inherent Resolve. He was a member of the 219th Engineering Installation Squadron, 138th Fighter Wing, headquartered in Tulsa, and served as the squadron's senior personnel noncommissioned officer while deployed. Oklahoma National Guard courtesy photo via Facebook.
Expand Photo 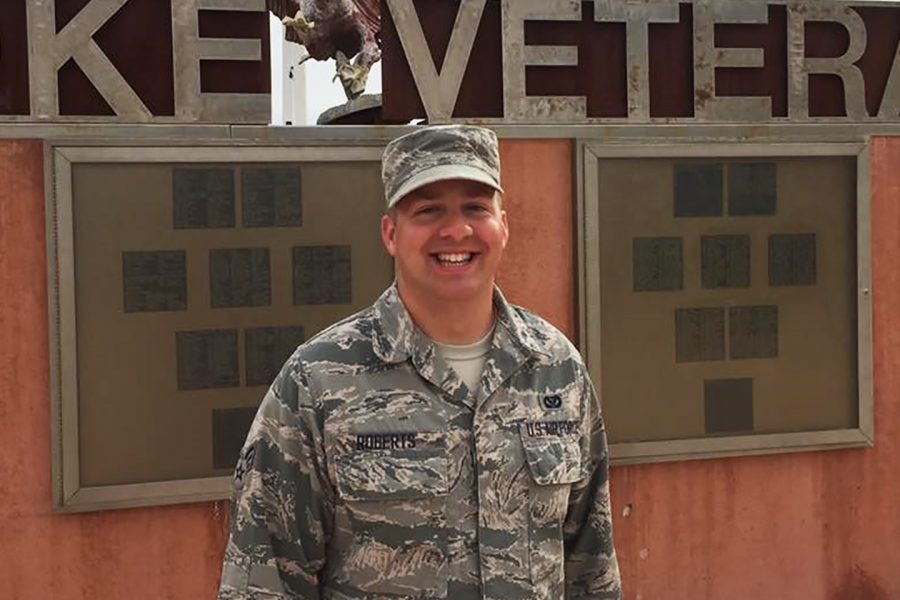 A member of the Oklahoma Air National Guard and a U.S. soldier were killed in a March 11 rocket attack on Camp Taji, about 20 miles north of Baghdad, and many more were wounded. Two days later, three more service members were injured in a second attack on the base, the Defense Department announced.

U.S. officials say the Iranian-backed group Kataib Hezbollah on March 11 fired a total of 30 rockets, 12 of which impacted Camp Taji near Baghdad, killing USAF Staff Sgt. Marshal Roberts, 28, of Owasso, Oklahoma. Roberts, who enlisted in 2014, was assigned to the 219th Engineering Installation Squadron of the Oklahoma ANG’s 138th Fighter Wing.

Roberts is the first member of the Oklahoma Air National Guard to be killed in combat, and the 20th member to die while deployed since Sept. 11, 2001, according to the state ANG’s Facebook page. The 219th Engineering Installation Squadron deployed in late 2019 and is tasked with establishing and maintaining communication systems.

U.S. fighter aircraft conducted retaliatory airstrikes on the night of March 12, hitting five weapons storage facilities linked to the militia around Baghdad, U.S. Central Command boss Gen. Kenneth McKenzie told reporters. The strikes, which were conducted in poor weather, destroyed the targets and the aircraft safely returned their bases. McKenzie would not identify the type of aircraft or the weapons used.

The strikes were “designed to send a clear, unambiguous signal that we will not tolerate this behavior in the future,” McKenzie said March 13.

The five locations were picked to degrade capability to conduct similar strikes in the future, but three more service members were injured in another Katuyusha rocket attack at Camp Taji on March 13, Pentagon spokesman Jonathan Rath Hoffman said in a briefing.

Two of the troops, whose service affiliation has not been announced, were “seriously injured and are being treated at the U.S. military hospital at Baghdad International Airport.” Members of the Iraqi forces also were wounded in the second attack, Hoffman said.

McKenzie said earlier on March 13 that the U.S. intentionally demonstrated “restraint,” noting there are many more targets that have been identified, and if this message “doesn’t work, there’s plenty more places we can go and go to work.”

The March 11 rocket attack showed that deterrence in the wake of the U.S. drone strike that killed Iranian Quds Force boss Qasem Soleimani has not completely held.

“The threat remains very high. I think the tensions have not gone down,” McKenzie said.

In response, the military is building up parts of its posture in the region. Defense Secretary Mark Esper approved his request for the two aircraft carriers in the region, the USS Dwight D. Eisenhower and USS Harry S. Truman, to “stick around for a while.” This will mark the first time two U.S. carriers have operated simultaneously in the region since 2012, McKenzie said.

The U.S. also is deploying Patriot missile defense systems and an associated Counter Rocket, Artillery, and Mortar (C-RAM) system to al-Asad Air Base in Iraq in response to the January ballistic missile attack there. McKenzie said there is no similar C-RAM system at Camp Taji, which could have helped defend against the 107mm rockets used in the attack, because there is a limited number of the systems in the region and if it is deployed at one location, another protected location would be without the system. However, he noted the Patriot is intended to protect against ballistic missiles, like the ones used in the state-sponsored Iranian attack on al-Asad, not the rockets used to strike Taji.

U.S. forces were able to use radar and other electronic systems to locate the source of the attack, and Iraqi Security Forces recovered the truck that was used to launch the rockets. Analysis showed that the group intended to fire 33 rockets, with 30 actually firing and about 12 impacting the base. “That’s a large strike, that’s an intent to produce a lot of casualties, and we’re certain of that,” he said.