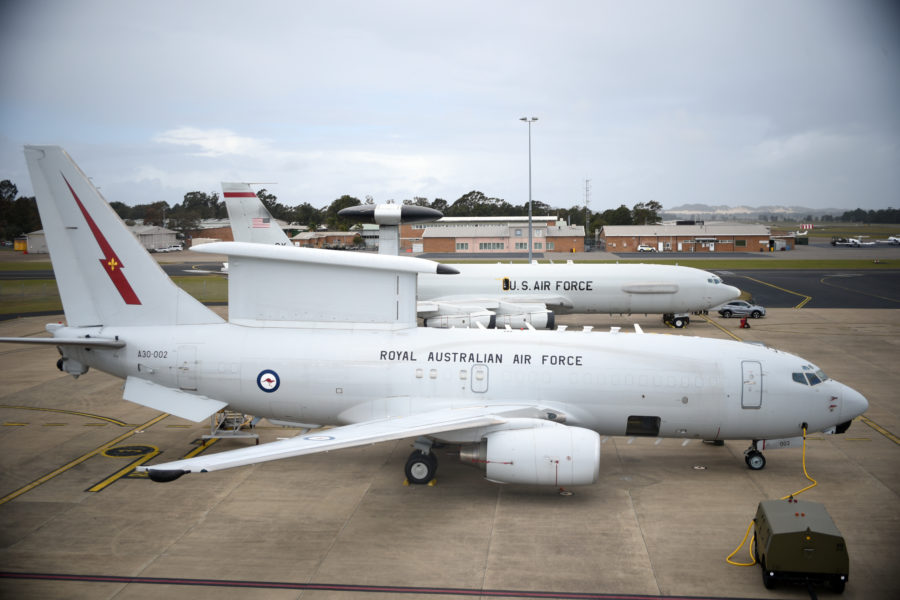 The head of Pacific Air Forces is calling for new aircraft in his theater to meet the need for air superiority, including a quick short-term replacement for aging airborne warning and control aircraft and, in the future, the service’s next generation fighter.

PACAF boss Gen. Kenneth S. Wilsbach told reporters during the Air Force Association’s virtual Aerospace Warfare Symposium he is advocating for the Air Force to quickly procure the E-7 Wedgetail airborne early warning and control aircraft, the Boeing 737-based aircraft already in use by Australia and South Korea to replace aging E-3 Sentrys that have struggled to get in the air.

“The fact is, we actually need something relatively quick because of the reliability of the E-3,” Wilsbach said. “It gets harder and harder to get airborne.”

The Air Force’s E-3 AWACS is based on the older Boeing 707. There have been recent upgrades, and the fleet is expected to fly into the 2030s, though Wilsbach said “it’s challenged at the moment because of how old it is.”

Within the Pacific, PACAF will be tasked with fighting in anti-access, area-denial areas set up by adversaries, which would require both takedowns of surface-to-air missiles and taking away an enemy’s air-to-air capability. The modernized E-7 would help with domain awareness, and then PACAF would need an advanced fighter to complete the missions.

To that end, Wilsbach said he is advocating for the Air Force’s future Next Generation Air Dominance platform and its advanced weapons “so that we can stay relevant as our adversaries continue to advance.”

“Air superiority is foundational to most other things that we would want to be able to do in our theater,” he said. “Because if you don’t have air superiority, then most everything else that you want to do is really held at risk.”