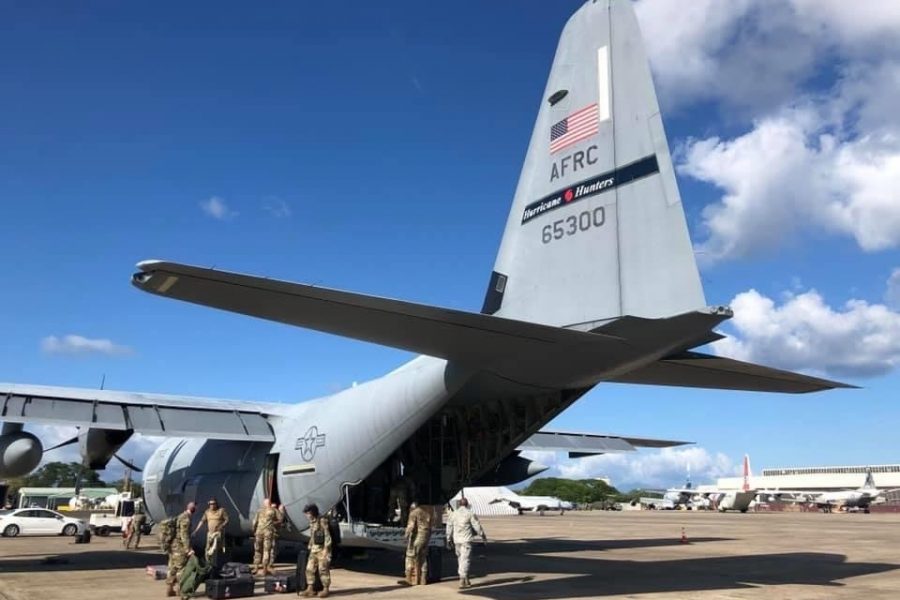 Joint Base Pearl Harbor-Hickam, Hawaii, returned to normal operations after Hurricane Douglas passed by the Hawaiian Islands as a Category One storm on July 26.

The storm, which reached maximum sustained winds of about 90 miles per hour, passed north of the islands moving west, bringing heavy rains but no major damage. The base raised its condition of readiness, secured all aircraft, and sent all ships and submarines not under maintenance out to sea in advance of the storm. Base officials also encouraged personnel to shelter in place as the storm passed.

The 53rd Weather Reconnaissance Squadron’s “Hurricane Hunters” at Keesler Air Force Base, Miss., deployed to Hawaii to fly into the hurricane as it approached, according to a Keesler release. The squadron’s WC-130J flies into the eye of the hurricane four to six times per flight, dropping dropsonde sensors, which provide data on pressure, wind speed and direction, and humidity. The data collected then helps inform forecasts.

Douglas was the Pacific’s first hurricane of the 2020 season.