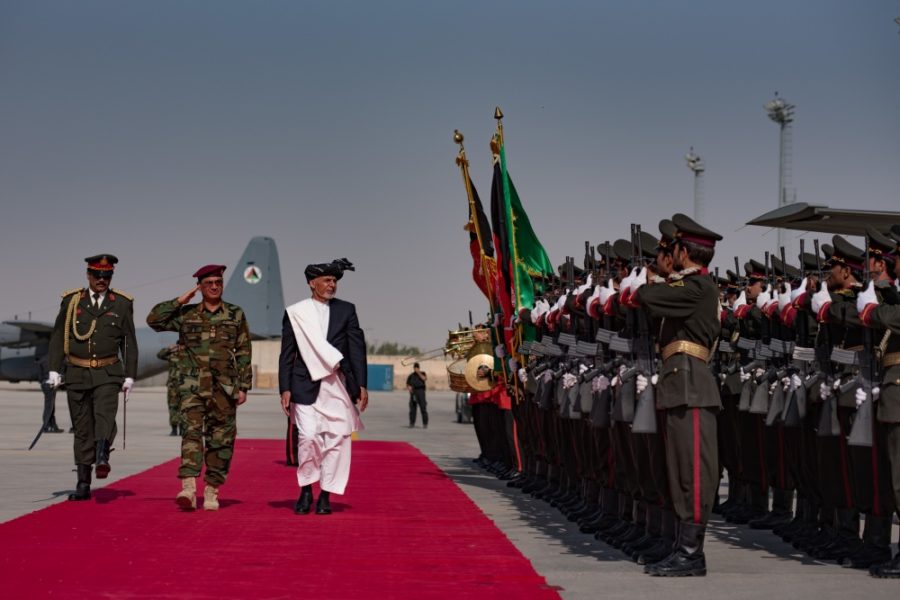 Pentagon Hints Afghan ‘Leadership’ Will Be to Blame if Kabul Falls

At least five provincial Afghan capitals had fallen to the Taliban within three days, and U.S. airstrikes had failed to turn the tide for retreating Afghan forces, leading the Pentagon on Aug. 9 to preemptively blame a lack of political and combat “leadership” if the Afghan government falls.

“They have the advantages, and it’s really now their time to use those advantages,” Pentagon spokesman John F. Kirby said of the Afghan government’s Air Force, modern weaponry, and superior numbers in the face of the rapid Taliban advance.

“Whatever the outcomes are when we look back on this, we’re going to see that leadership, leadership in the field, [and] leadership in Kabul were really the keys,” Kirby added. “We will certainly support from the air where and when feasible, but that’s no substitute for leadership.”

Kirby declined to state the nature of “over-the-horizon” air support after the Sept. 11 withdrawal deadline.

In recent days, U.S. airstrikes have helped to push back some Taliban advances, but Kirby would not disclose the number of strikes or how many more may be coming other than to say they did not originate from Afghan soil.

Despite the recent U.S. barrage of air support, the Pentagon assessment of the Afghan government’s fight was dismal.

“We are clearly concerned,” Kirby said.

Kirby stressed that the U.S. over-the-horizon ability to strike terrorists remains “robust,” but he provided no new details on how logistical and maintenance support will be provided from afar. The U.S. is known to be negotiating with several countries in the region for basing rights.

Presently, U.S. airstrikes are believed to originate from B-52s based across the Persian Gulf at Al Udeid Air Base, Qatar, and from the USS Ronald Reagan carrier strike group in the Arabian Sea.

“The secretary continues to believe that the Afghan forces have the capability, they have the capacity, to make a big difference on the battlefield,” Kirby said, noting U.S. support would come “where and when feasible.”

But the U.S. relationship with Afghanistan will change.

“We are focused—as we should be, given the president’s directive—we are focused on completing the drawdown by the end of the month and transitioning to a different bilateral relationship with Afghan forces,” he said.