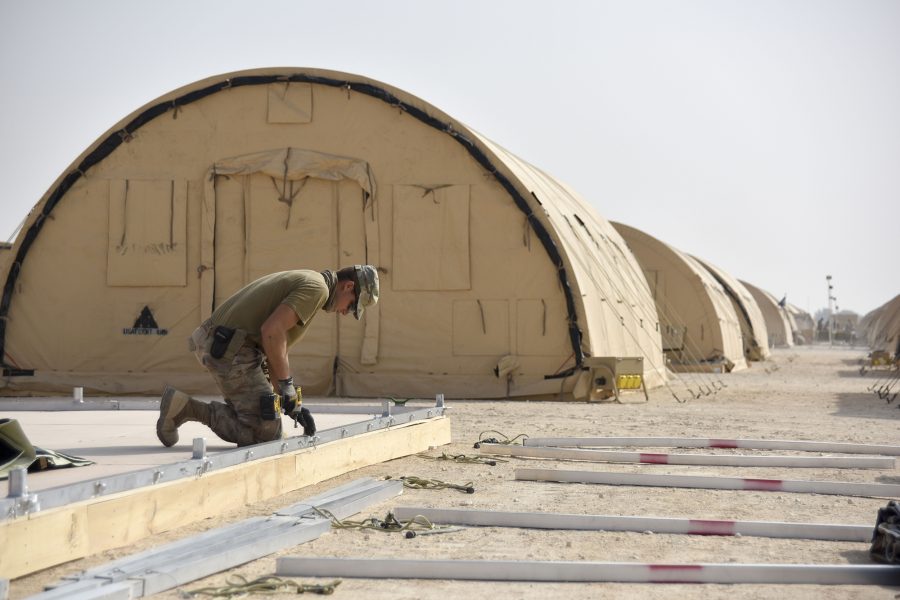 The Pentagon is considering deploying additional forces to the Middle East—a move it considers a “prudent” step to deter Iranian aggression as part of a dynamic response to ongoing threats in the region, the Defense Department’s head of policy told lawmakers.

“Based on … concerns about the threat picture, it is possible that we would have to adjust our force posture and I think that would be a prudent step,” John Rood, the Defense Department’s under secretary for policy, said during a Dec. 5 Senate Armed Services Committee hearing.

Rood’s statement came after a Wall Street Journal report, citing unnamed defense officials, said the Pentagon was considering sending about 14,000 more troops to the Middle East to counter new threats it is seeing from Iran. That number is double the amount of troops that have deployed to the region, including to a new operating location in Saudi Arabia, within the past several months.

The report received prompt pushback from the Pentagon, with DOD spokeswoman Alyssa Farah saying on Twitter, “The US is not considering sending 14,000 additional troops to the Middle East.”

Under questioning from Sen. Marsha Blackburn (R-Tenn.) and Sen. Josh Hawley (R-Mo.), Rood attempted to clarify the situation by saying the department has not made a decision yet, but since the department’s objective is to deter Iranian aggression it is likely “we will need to make dynamic adjustments to our posture.” However, he added, “There isn’t some pending document with the Secretary of Defense that says: Deploy 14,000, do you approve? Yes or no?”

The recent build up in the Middle East came after Iranian provocations such as the downing of a US Navy RQ-4 surveillance drone and continued harassment of shipping vessels in the Persian Gulf.

In July, the Air Force deployed contingency response airmen to assess Prince Sultan AB, Saudi Arabia, to prepare it to bring in more personnel and aircraft. Since then, the Pentagon has deployed combat aircraft such as F-22s and F/A-18G Growlers to the location, along with a brief deployment of B-1 bombers. Additionally, Patriot missile defense batteries and Terminal High Altitude Area Defense systems are deploying to the location.

As Prince Sultan’s presence grows, the Air Force is standing up the 378th Air Expeditionary Wing at the base. The wing is growing out of the already established 378th Air Expeditionary Group. As of mid-November, the group has overseen the construction of 350 tents for troops to reside in, along with a field hospital with emergency room, a dining facility, gym, base exchange, a post office, and a morale tent, according to an Air Forces Central Command release. The base was created for more than 2,500 people.

In addition to the expansion at Prince Sultan, Rood said about half of the previous deployment of some 14,000 troops came from Navy ships that transited to the region, indicating a large increase could come from more ships deployed to the Persian Gulf area.