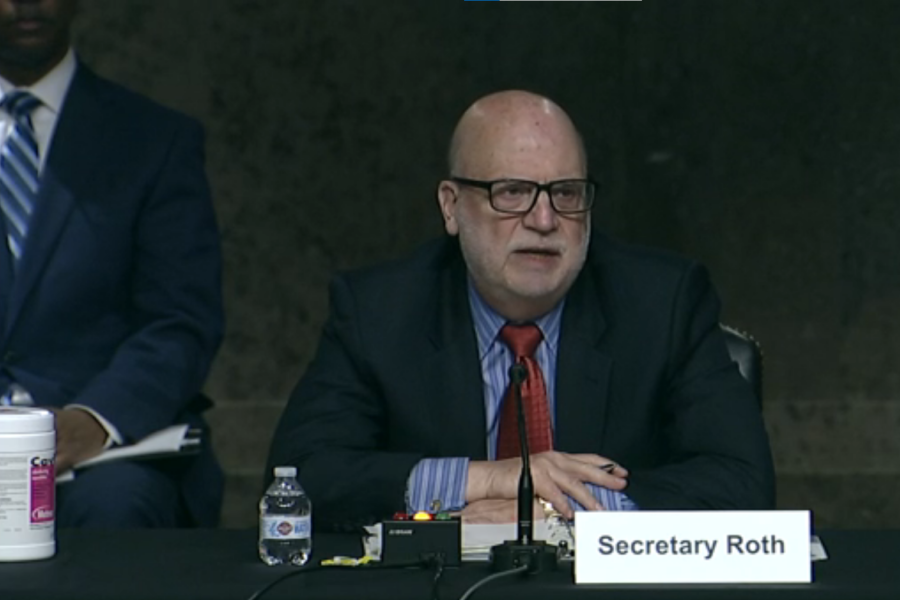 The idiosyncrasy that makes the Air Force’s budget appear to be nearly 20 percent larger than its true size is getting a review by the Office of the Secretary of Defense, acting Air Force Secretary John P. Roth told the Senate Armed Services Committee on June 17.

“We are actually working with the Office of the Secretary of Defense to see if there are some things that could be done” about the situation, Roth said in response to a question from Sen. Kevin Cramer (R-N.D.).

Cramer said the Air Force’s stated budget is $212.8 billion, but the service actually controls only $174 billion of that amount, including the Space Force budget. The remaining $39 billion is the “pass -through” account.

“Can’t we do something about this budgeting system that gives this view that the Air Force is getting a whole bunch of money that they don’t control?” Cramer said.

Roth responded that “There’s classified reasons why that exists” and that in fixing the issue, “we need to make sure that we don’t uncover things that ought not be uncovered.” But he said the Air Force is working with the OSD “to see if there’s some ways to do that. … We are discussing what is in the art of the ‘doable’ with the Secretary of Defense.”

The pass-through account is large—more than twice the size of the Space Force’s spending request of $17.4 billion and about five percent of DOD’s whole budget. When Space Force was created in 2018, many expected the “pass-through” would shift to that service because it’s believed that much of the spending in it is for space and space-related classified programs. But Pentagon leaders have subsequently said it’s not all space-oriented, adding further weight to USAF’s argument that it be discontinued in the interest of budget transparency.