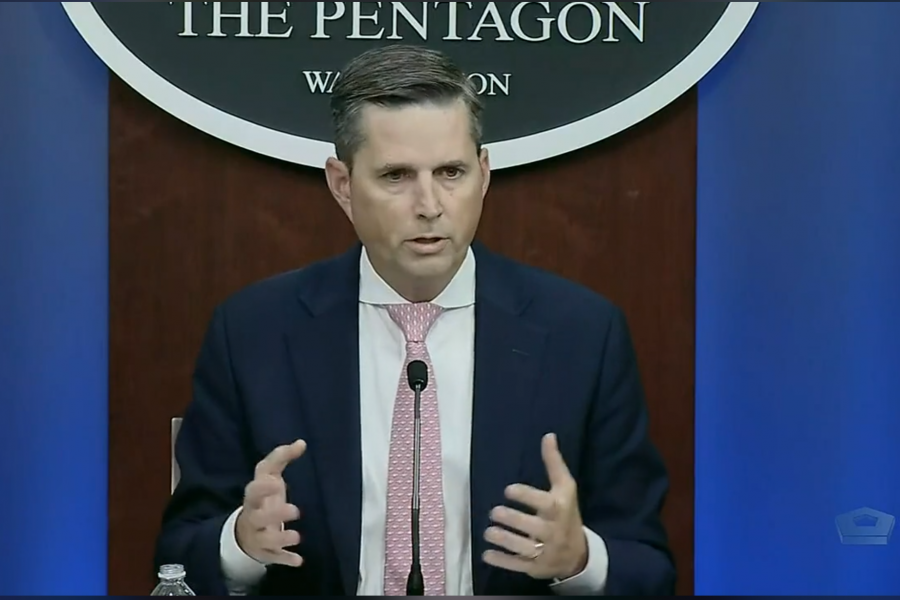 Defense Secretary Mark T. Esper has directed the Defense Department to tweak its operational security training materials so as not to refer to journalists as “adversaries,” following public criticism of the language, Pentagon spokesperson Jonathan Rath Hoffman told reporters July 30.

“To avoid confusion moving forward, and to address the concerns presented, the Secretary has directed that we adjust the training materials to identify individuals or groups trying to obtain information simply as ‘unauthorized recipients,’” Hoffman said.

While the word “adversaries” frequently refers to people or groups who oppose someone’s aims, the term “clearly has different implications when used by the military and Department of Defense,” Hoffman said, noting it is typically reserved for the nation’s military rivals.

Hoffman emphasized that DOD’s compulsory OPSEC training is meant to promote the proper handling of sensitive information by its personnel, and keeping an eye out for potential “efforts to obtain information by anyone without a valid need to know” is part of that due diligence.

“This could be an individual from a foreign nation, an allied partner, an industry company, a DOD coworker, or, yes—even the media,” he said.

Politico first reported on the training language on July 29, stating that the course in question was new. However, Hoffman clarified that the training is at least a decade old “and was last updated in 2015.”

“It was simply shared with a wider audience following the Secretary’s OPSEC memo this month,” he said during the July 30 briefing.