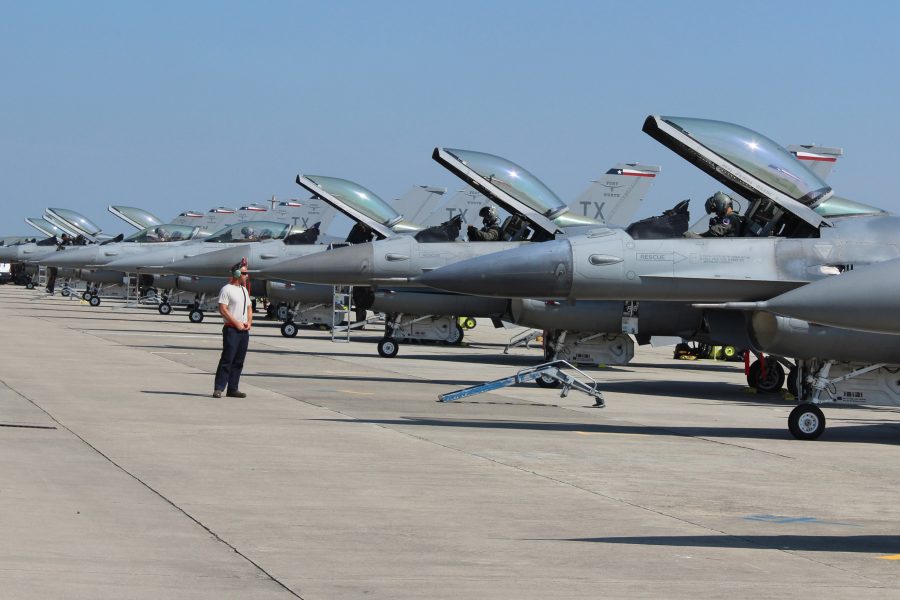 The European Deterrence Initiative—funding dedicated to building up the U.S. military presence in Europe and improving readiness across the continent—will take a large hit in fiscal 2021 if Pentagon planners get their way.

Despite the decrease, Pentagon officials say EDI will still fund “rotational force deployments and the phased implementation of the multi-year activities funded in previous budgets,” such as an increased presence, additional exercises, enhanced positioning, improved infrastructure, and building partner capacity.

The Air Force has used the fund for base improvements, rotations of theater security packages, training deployments, and positioning materiel in the region. The few new military construction projects in Europe are focused on Germany and Romania, for a total appropriation request of about $264 million.

In Germany, the budget calls for storage of rapid airfield damage repair equipment at both Ramstein Air Base and Spangdahlem Air Base.

In Romania, the Air Force wants large improvements at Campia Turzii, the location of a Romanian Air Force base that hosts regular rotations of USAF fighters through TSP deployments. The total of $130.5 million would go for building a new dangerous cargo pad, parking apron, improvements to fuel storage, and deployable air base equipment storage. The construction would make Campia Turzii, which also has been the host of MQ-9 operations, capable of a larger USAF presence capable of serving a bigger role in moving munitions through the region in the case of a conflict.

“Currently, Campia Turzii Air Base is not able to safely receive or ship munitions by air,” according to USAF budget justification documents. “The base cannot support air mobility requirements for the assigned mission.”