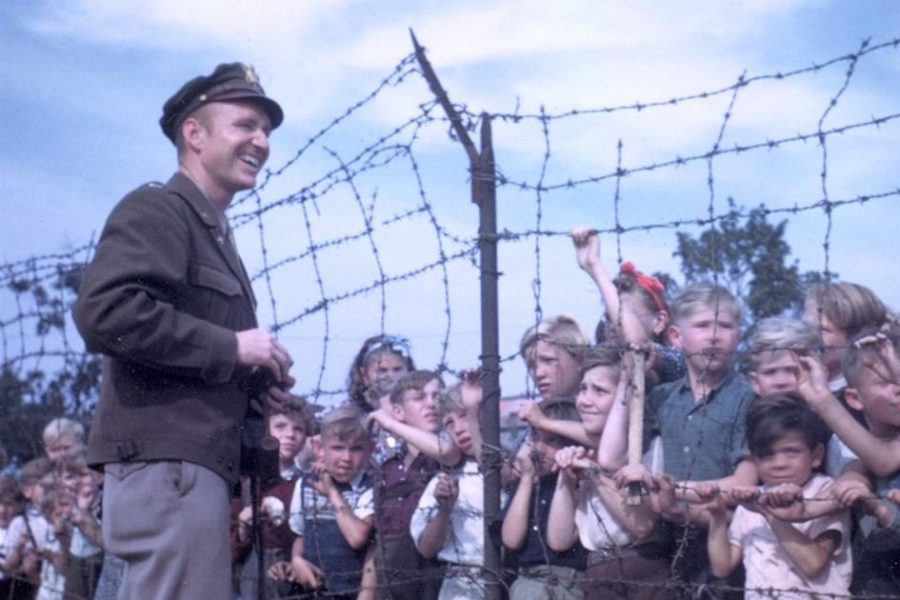 A petition on WhiteHouse.gov is looking to get retired Air Force Col. Gail S. “Hal” Halvorsen—a 100-year-old veteran who flew the C-47 and C-54 aircraft in Germany during the Berlin Airlift—the Presidential Medal of Freedom.

Halvorsen is often referred to as the “Candy Bomber,” because he used to attach candy to parachutes constructed from handkerchiefs and string and drop them from his C-54 to try to bring cheer to the children below.

“The Presidential Medal of Freedom is typically awarded for especially meritorious contribution to either ‘security or national interests of the United States,’ ‘world peace,’ or ‘cultural or other significant public or private endeavors;’ Col. Halvorsen’s accomplishments throughout his life encompasses all of these areas,” the petition web page states. “With this petition, we are requesting the White House consider Col. Halvorsen for the Presidential Medal of Freedom as soon as possible to honor this extraordinary man.”

“Anyone who believes in freedom and the power of good to triumph over tyranny will join me in making the case for Gail Halvorsen, an incredible Airman and an inspiration for us all,” Air Force Association President and retired USAF Lt. Gen. Bruce “Orville” Wright said.

“The U.S. had quickly recognized the publicity value of what came to be called Operation Little Vittles,” Air Force Magazine previously reported. “Commanders charged Halvorsen with organizing a larger airdrop. Eventually dozens of pilots were involved.”

U.S. pilots dropped more than 20 tons of sweets from a quarter of a million parachutes by the time the Airlift concluded in mid-1949, according to a USAF release.

Halvorsen’s post-Airlift career included a stint at the Wright Air Development Center in Dayton, Ohio, a transition into the Air Force’s space program, and eventually leading “a satellite-tracking facility at Vandenberg” Air Force Base in California.

Editor’s Note: This story was updated on Nov. 19 at 8:51 a.m. EST to correct the total number of signatures needed to merit a White House reply to the petition.