Skip to content
Michael Brown, head of the Pentagon's Defense Innovation Unit, has withdrawn his nomination to be the Defense Department's Undersecretary for acquisition. Screenshot photo.
Expand Photo 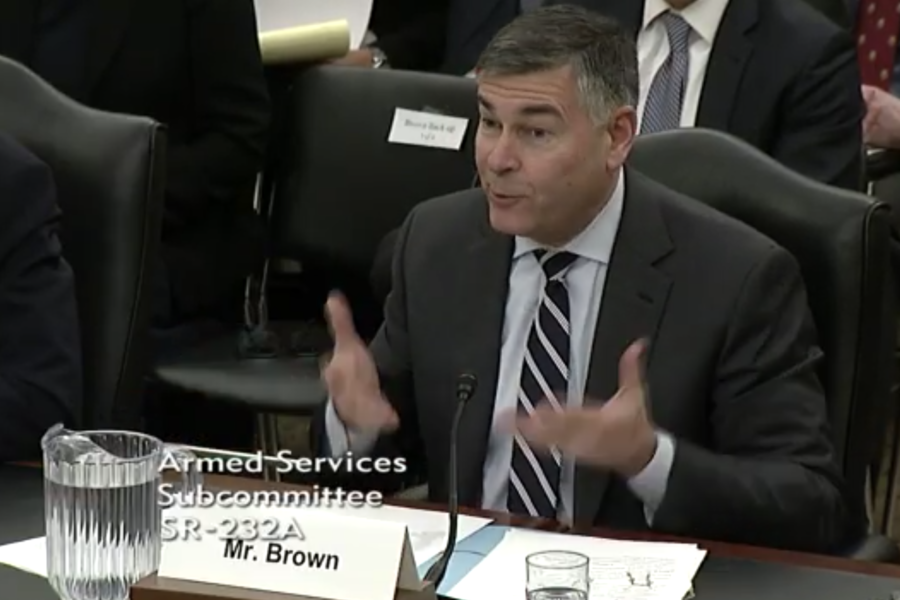 Brown has led the Defense Innovation Unit since 2018, and when asked if he would still lead that unit, Kirby said he did not have personnel changes to announce.

President Joe Biden nominated Brown for the role in early April. Later that month, Defense One reported that Brown allegedly circumvented hiring regulations, with some employees having received special treatment. This allegedly included the DIU writing job descriptions specifically to eliminate other applicants.

The Defense Innovation Unit, established in 2015, is the Pentagon’s direct line to Silicon Valley and other technology hubs for outreach between the Defense Department and tech industry.

The news of Brown withdrawing was first reported by Inside Defense.