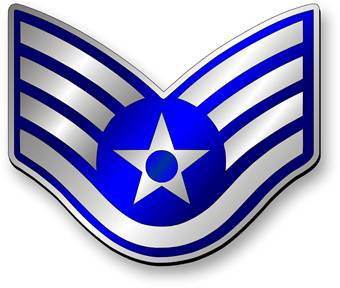 That mark is the lowest in nearly a quarter of a century, according to data provided by the Air Force Personnel Center to Air Force Magazine. In 1997, just 18.66 percent of eligible senior airmen were selected.

The low promotion rate was driven by both an unusually high number of eligible senior airmen—the most since 1998—and a relatively low total number of Airmen selected—the fewest since 2014, and just the second time this century when fewer than 10,000 were picked.

This year’s numbers also represent a dramatic shift from just a few years ago, when the service promoted roughly half of those eligible in 2018 and 2019. Even as recently as 2020, the promotion rate was 41.58 percent, just shy of double the 2022 rate.

The official release of those who were selected for promotion will take place at 8 a.m. Central time Aug. 25, according to AFPC. The list will be available on the Air Forces Personnel Center website’s Enlisted Promotion page, the Air Force Portal, and myPers.

While the Space Force has moved to promotion boards for all its noncommissioned officers, Chief Master Sergeant of the Air Force JoAnne S. Bass has previously said her office is considering whether to do away with WAPS after moving to boards for ranks E-7 through E-9.

Regardless, enlisted promotion rates have been down for many NCO ranks this year. The service promoted its fewest tech sergeants in a decade, and the promotion rate for master sergeant was the lowest it’s been since 2010.

And those numbers are unlikely to rebound in the near future, the service has warned, as a result of high retention amid the COVID-19 pandemic, end strength numbers plateauing, and recent enlisted grade structure revisions.

In particular, leaders say the grade structure revisions were necessary to combat a decline in experience among Airmen in the NCO corps.

“The majority of the experience decline was attributable to the Air Force trying to achieve an enlisted force structure with too many higher grades,” Col. James Barger, Air Force Manpower Analysis Agency commander, said in a July statement. “We also found that experience levels would continue to decline unless the Air Force lays in more junior Airmen allocations and fewer E5-E7 allocations.”

The goal, Barger said, is to reach a “healthier” distribution of Airmen across grades by fiscal 2025—seemingly indicating that lower promotion rates could continue for another two or three years.