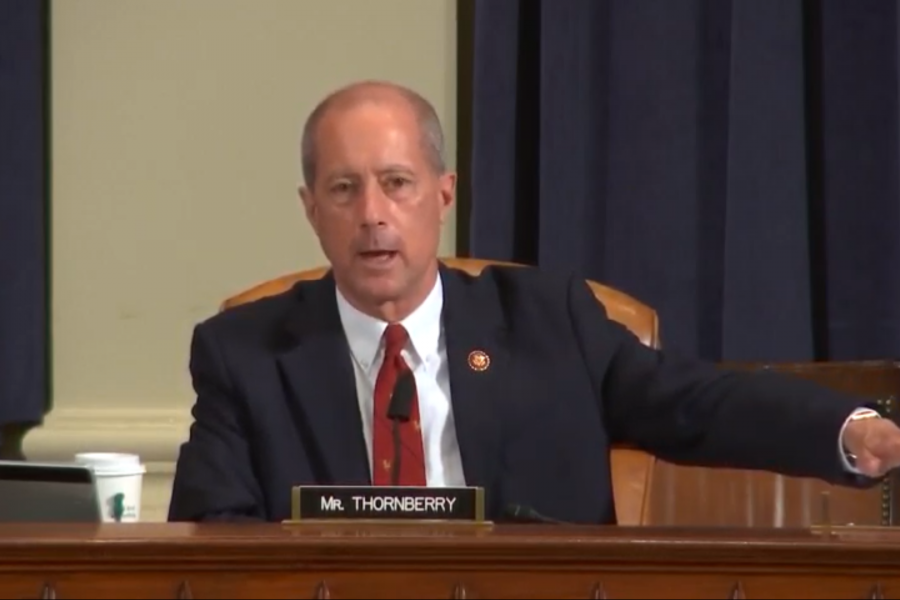 Proposal to Roll Over Some Pentagon Funds Could Help Save Money

Rep. Mac Thornberry (R-Texas) hopes a small addition to fiscal 2021 defense legislation will make a big difference in how the Pentagon spends its money.

The top Republican on the House Armed Services Committee argues that when the Defense Department has operations and maintenance funds left over at the end of a fiscal year, Congress should let up to half of that money roll over to the next year. O&M money, by far the Pentagon’s biggest account, expires annually, prompting a scramble to spend the entire pot by Sept. 30 each year.

The Defense Department wants to spend nearly $290 billion on operations and maintenance in 2021, about $125 billion more than the next-largest category of personnel. If Thornberry’s proposal is implemented, the move could help the U.S. shrink defense spending over time.

He wanted to attach the provision to HASC’s version of the 2021 defense policy bill, but the issue falls into the House Appropriations Committee’s court. Appropriators didn’t give authorizers permission to pursue the amendment, so Thornberry said he could pursue it on the House floor as the full chamber considers the bill instead.

“We can fuss and complain all we want about DOD not spending money efficiently, but here the problem is us,” he said. “As a Congress, we can fix it if we just will. We cannot let territorial parochialism prevent a fix that is working in other departments and that would make such a difference.”

Thornberry also wants to allow the Pentagon to ask Congress to shift unused money into big-ticket accounts like shipbuilding and facilities sustainment, instead of kicking the funds back to the Treasury Department. DOD officials have requested both changes, he said.

The rollover proposal garnered some bipartisan support during the July 1 markup session, a sign that it may get a bigger audience on the House floor.

“I think everyone in this room who has been a military commander is guilty of this,” Rep. Paul Cook (R-Calif.) said. “You say to yourself, well, maybe it’s cynicism, ‘Somebody else is gonna misspend the money. Let’s go ahead and do it.’ It’s actually criminal, when I think about it. I’ll probably burn in hell for doing this repeatedly.”

Rep. Seth Moulton (D-Mass.), a Marine Corps veteran like Cook, approved of the idea as well.

It could get traction in the Senate, too, though one Capitol Hill staffer said it’s hard to figure out how much should be allowed to roll over. The staffer prefers having DOD suggest areas where it wants to hang onto funds for another year, test the proposal for a year or two, and adjust the percentage accordingly.

The notion of helping the Pentagon spend operations and maintenance money more effectively has been raised before, but typically runs into problems with congressional appropriators, according to Todd Harrison, a defense budget analyst at the Center for Strategic and International Studies who supports the provision.

“That rush to obligate creates bad incentives for program managers and contractors alike, so allowing some of the O&M money to carry over would reduce the incentive to just get things on contract at any cost,” he said. “It is difficult to quantify what the savings would be, but in general, this change should help reduce costs (and waste) over time. We’re not talking a 50 percent reduction or anything, but even a 0.1 percent reduction in O&M costs through better execution and contract negotiations would be significant.”

Mackenzie Eaglen, resident defense fellow at the American Enterprise Institute, argues saving money may not always be the point. For instance, a rollover provision would help the Pentagon hang onto money it can’t use for exercises now because of the coronavirus pandemic, and repurpose it in 2022.

“This is the right thing to do because everything is so fluid and constantly changing with the pandemic. The intent behind this flexibility should not be to find savings, however. If they materialize, terrific!” she wrote in an email. “But the expectations should be low and the focus on giving Pentagon leaders maximum flexibility to be nimble in their response to a fast-moving pandemic affecting virtually every aspect of the force.”

Editor’s note: This story was updated to correct what amount of funding would be allowed to roll over under the proposal.