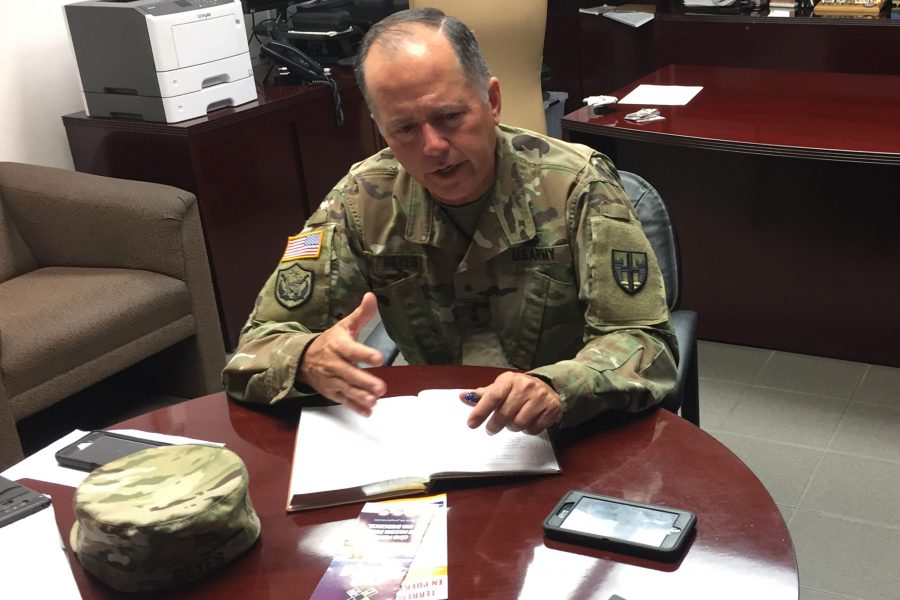 The House on Feb. 7 passed a bill that will provide an infusion of emergency supplemental funding and tax credits to Puerto Rico, which is still recovering from an ongoing string of earthquakes, even as other military construction funding is diverted to pay for the wall along the southern U.S. border.

Approximately $555 million was approved for military construction projects in the U.S. territory—whose military infrastructure was still recovering from 2017’s Hurricane Maria when the earthquakes started on Dec. 28, Puerto Rico National Guard spokesman Lt. Col. Paul Dahlen told Air Force Magazine via email. However, $440 million of that was held back for potential use on the wall, leaving the Guard with just $115 million to work with.

That amount is just enough for the PRNG to finish work on a barracks building at Camp Santiago Joint Maneuver Training Center in Salinas, Puerto Rico, Dahlen said. Nine other MILCON projects are now on hold “until Congress reallocates that money to use again,” he said.

“The other funding is for … partial or total reconstruction of some of our facilities to include unit headquarters, training facilities for soldiers and airmen, which are also utilized by the Army Reserve to be fit and ready for supporting Title 10 or federal mission[s],” Reyes said. “Two federal judges put a stop on that. We are waiting for the Commander-in-Chief, for the President, to make a decision if he’s gonna elevate that to the Supreme Court or not.”

Reyes credited National Guard Bureau Chief Gen. Joseph Lengyel with being “very proactive” at conveying the “imminent need” of those additional MILCON funds to the President. Meanwhile, the PRNG is trying to find a way to counter the slim funding.

“The way you handle military construction projects, you can combine design and construction into one, or you can separate those parts of the project,” he explained.

Sensing that the MILCON funds might be vulnerable to reallocation, Reyes said, the PRNG signed design contracts on all 10 of its MILCON projects. Since the design phase for these projects “takes about 12 to 18 months,” if those design efforts wrap between August and September 2020 and PRNG’s budget is reinstated in 2021, they “can go through the bid process and start building these facilities,” he added.

Although Reyes acknowledged the Federal Emergency Management Agency’s dedication to Puerto Rico’s recovery following Hurricane Maria, he said “the flow of funding has been very slow.” The Puerto Rico Guard has been reimbursed for more than $29 million in infrastructure reconstruction costs, but it has submitted over 10 times that amount in claims, he noted.

Editor’s Note: This story has been updated to correct the amount of MILCON funds diverted for potential use on the U.S. southern border wall, as well as the date the disaster relief bill was passed in the House.