Skip to content
156th Airlift Wing airmen assist in the response to a debris fire in Puerto Rico on Dec. 27, 2019. The Puerto Rico National Guard was activated on Jan. 7, 2020, to respond to a series of earthquakes on the island, though the extent of PRANG involvement is, as of yet, unclear. PRNG photo by MSgt. Caycee Watson.
Expand Photo 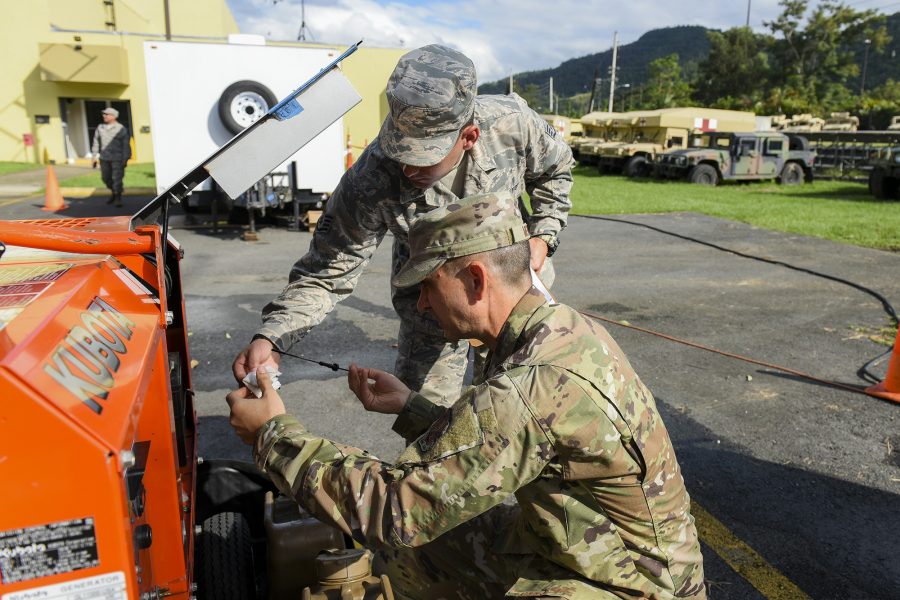 Puerto Rico Gov. Wanda Vázquez Garced activated the territory’s National Guard on Jan. 7 in response to a series of earthquakes that have rocked the island for days and taken at least one life, according to the Puerto Rico National Guard.

The largest of these quakes—which the US Geological Survey said registered a 6.4 magnitude on the Richter Scale and whose epicenter was located approximately 5 miles south of the town of Indios—inflicted “great damage in the southern region” of the US territory on Jan. 7, according a PRNG release.

“The Puerto Rico National Guard has begun to respond to the call of our people in support of the Emergency & Disaster Management Agency,” said Puerto Rico Adjutant General Maj. Gen. José Reyes in the release. “Our Joint Operations Center is currently operational, and our engineers will proceed to inspect identified bridges for damages. Additionally, we have emergency teams and tactical vehicles pre-positioned in various municipalities, ready to assist as needed.”

The PRNG has helicopters, cargo vehicles, and manpower at the ready to evacuate citizens as needed, spokesman Lt. Col. Paul Dahlen added in a statement shared with Air Force Magazine.

Both Air and Army National Guard forces have been placed on alert, Dahlen explained in an email. Once damage assessments are finished, a determination will be made as to whether Puerto Rico Air National Guard airmen are needed to support the response, he said.

However, since the PRANG transitioned from a C-130 mission to a contingency response and communications one last April, no PRANG aircraft will be involved in the response, he added.