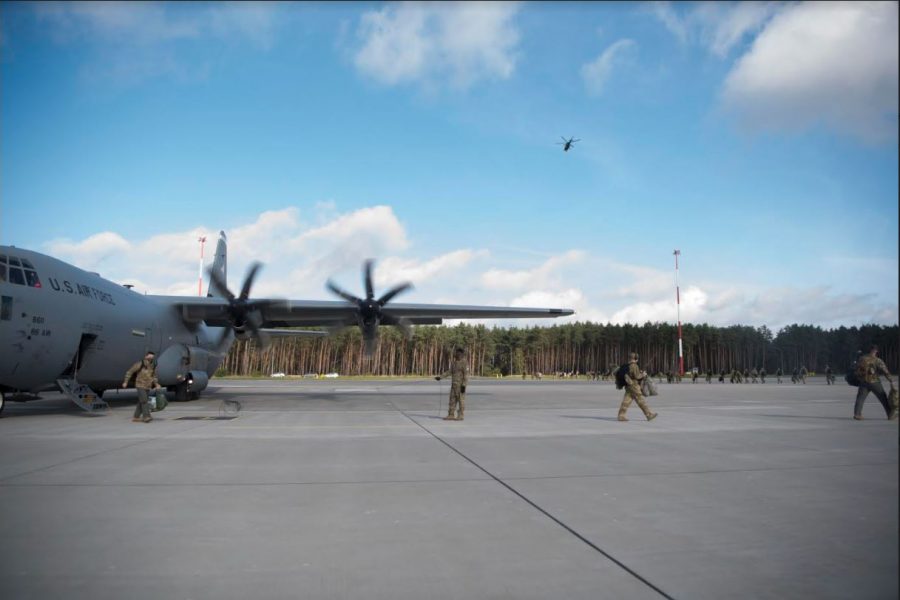 These rotations consist of exercises and deployments held across Europe that are engineered to boost USAF’s interoperability with partner militaries, keep joint readiness on point, and assure the nation’s allies in the region, Waller wrote. These types of training opportunities help strengthen participating militaries’ working bonds and help USAF better coordinate with its allies and partners when crisis strikes, she noted.

“U.S. aircraft and Airmen have participated in these rotations in Poland since 2012,” she wrote.

Waller declined to disclose the current rotation’s start and end dates, citing operational security concerns. However, a photo published by USAFE shows Airmen from the squadron arriving at the Polish Air Force’s 33rd Airlift Base, which USAFE said is serving as the exercise’s headquarters, on Oct. 19.

Airmen from the 52nd Operations Group’s Detachment 1—which is based out of Lask Air Base, Poland, managed and supported by Spangdahlem Air Base’s 52nd Wing, and manned by USAF units that rotate in and out of the base—are also supporting the training exercise, Waller noted.

“The detachment was established to increase cooperation between the U.S. and Polish air forces, with the aim of strengthening interoperability as NATO allies through regular combined training exercises and support of periodic rotations with U.S. military aircraft,” Waller wrote. “The detachment personnel coordinate and control rotations, organize combined training exercises, and support opportunities to strengthen interoperability between U.S. and Polish air forces.”