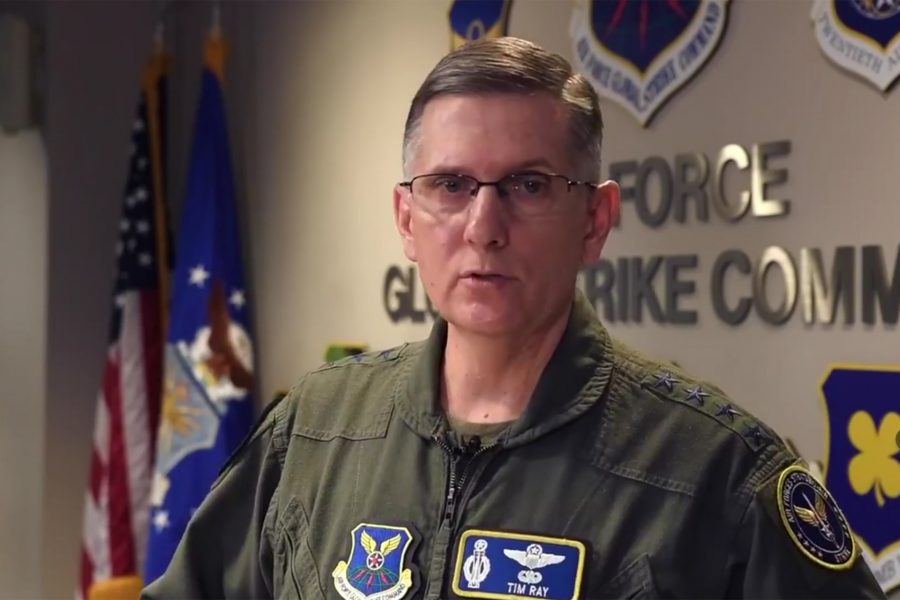 “There’s a myth out there that nukes are less relevant,” AFGSC boss Gen. Timothy M. Ray said in a pre-recorded keynote broadcast during the 20th Nuclear Triad Symposium, which was co-hosted by AFA’s Mitchell Institute for Aerospace Studies, the Louisiana Tech Research Institute, and the Cyber Innovation Center on Dec. 10. “The Russians and the Chinese are taking a very different position on that particular front.”

As global powers consider the future of arms-control agreements, Ray urged a combination of both modernization and pacts to keep the world safe.

“There has to be a way to get this conversation to happen in the right way that gives us a responsible set of solutions for the planet,” Ray said.

While the U.S. isn’t pushing a bigger focus on nuclear capabilities, it’s adjusting to the reality that its global rivals are, Ray argued. He added parts of the triad need to be “visible and obvious” to deter regional nuclear proliferation and reassure partner and allied nations.

Global Strike is embracing an “infinite game” approach to great-power competition, coming to terms with how the global strategic standoff has changed and adjusting its plans accordingly.

Ray pushed back on the idea that “nuclear modernization is an arms race.”

He believes that replacing outdated nuclear weapons and aircraft with the Long-Range Standoff Weapon, B-21 bomber, and Ground-Based Strategic Deterrent avoids a lapse in global security instead of destabilizing relations.

The nuclear arsenal is aging past the point that it can credibly stop others from attacking past the 2020s, he said. For example, new intercontinental ballistic missiles are slated to arrive in the late 2020s—a few years after the Government Accountability Office has said the Air Force will lose confidence in the full viability of its 400 intercontinental ballistic missiles.

Introducing GBSD will shrink the number of times the Air Force needs to move missiles around, as well as the number of missiles needed “to penetrate a site,” Ray said. The new ICBMs can also be more easily upgraded and open opportunities to collaborate with the Navy, he said.

Further, he said, adversaries have strategized about how they can defeat these increasingly outdated systems using “missile defense and anti-access/area-denial” tactics.

“At the end of the day, this is not an increase in capability,” Ray said. “It’s ensuring that the cornerstone of the security structure of the free world remains viable and effective and affordable. … The arms race, really, if it’s going on, it’s going on somewhere else. This is not it.”